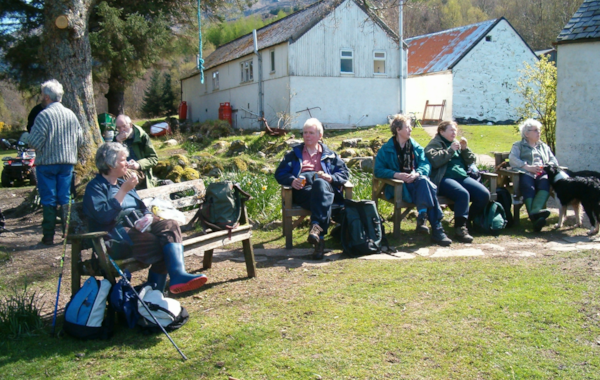 Moidart, in Lochaber, has a long and rich history which also encompasses the people of the townships of Lochailort, Glenuig and Ardnish. Once part of the Norwegian dependency known as the Kingdom of the Isles, Moidart did not become Scottish until the late 11th century, with the signing of an agreement between Malcolm III and Norway’s King Magnus.

The group has a history house at Glenuig, where visitors and members can explore topics including education, churches and cemeteries, and the story of the area in World War II, when several paramilitary training bases were established close to the village.

Members have access to a reserved website area which has census information, marriage records and notes from group meetings. These meetings are held on the second Monday of the month at the Glenuig Hall and take the form of talks on a variety of subjects, with occasional field trips to local sites for survey and research work.

Annual British and Irish membership is £5 cheque/ £6 debit/credit card, whilst overseas members pay £10 per annum. For more information, e-mail or visit the website.