Making the Book of Kells Thomas Keyes introduces an experimental archaeology project that will involve making a reconstruction of a folio from the Book of Kells based on the latest research and the archaeology from a medieval parchment-making workshop found in the Scottish Highlands.

The Book of Kells is perhaps the world’s most famous relic, in Ireland it has been handed down through the generations as a venerated artefact for almost a millennium without interruption.

Its first appearance in the historic record and only known period of absence from Irish society occurred in 1007, by which time it was already an ancient artefact. It had been stolen from the church at Kells and was missing for ‘two months and twenty nights’ according to the annals of Ulster, which goes on to describe the manuscript as ‘the most precious object of the western world’. 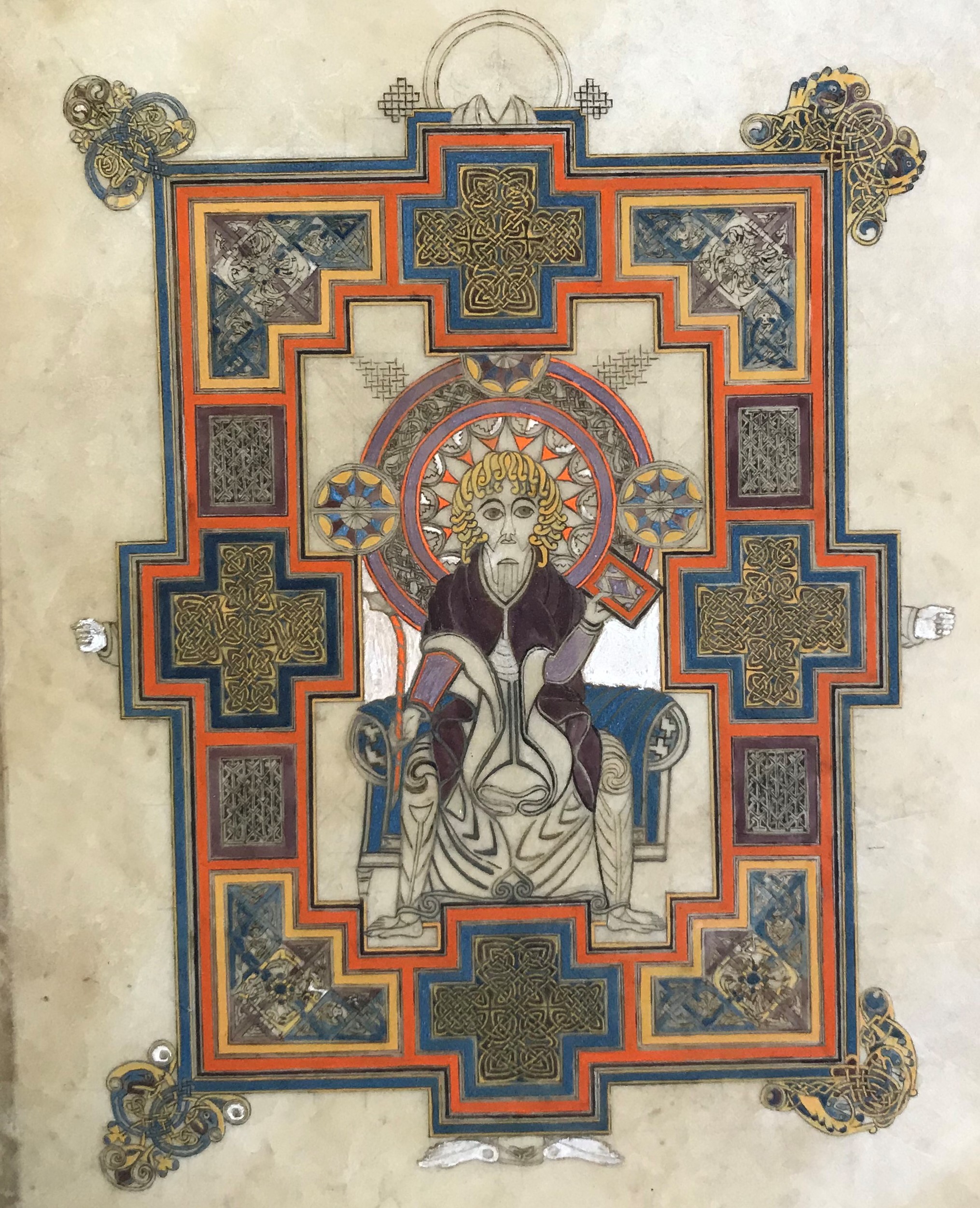 The Book remained at Kells into the 17th century, by which time the powerful Columban abbey had become a near derelict parish church, badly damaged in the 1641 Irish rebellion. It was transferred to Dublin for safety, and under the direction of the Bishop of Meath Henry Jones, a leading figure in Cromwell’s army, the Catholic relic was presented to Trinity College, where it remains today.

A thousand years’ worth of historical sources for an artefact would normally be a gift for any archaeologist, but in the case of Kells, basic questions still aren’t answered. We don’t know when it was made, where, or even how. There is no other object of comparable complexity, no existing craft process that matches the detail, not even a lexicon for many of the toolmarks and processes that can be identified. But there has been a wealth of research and new discoveries over recent years that now make it possible to identify most of the material components and go into detail on some of the craft processes involved. 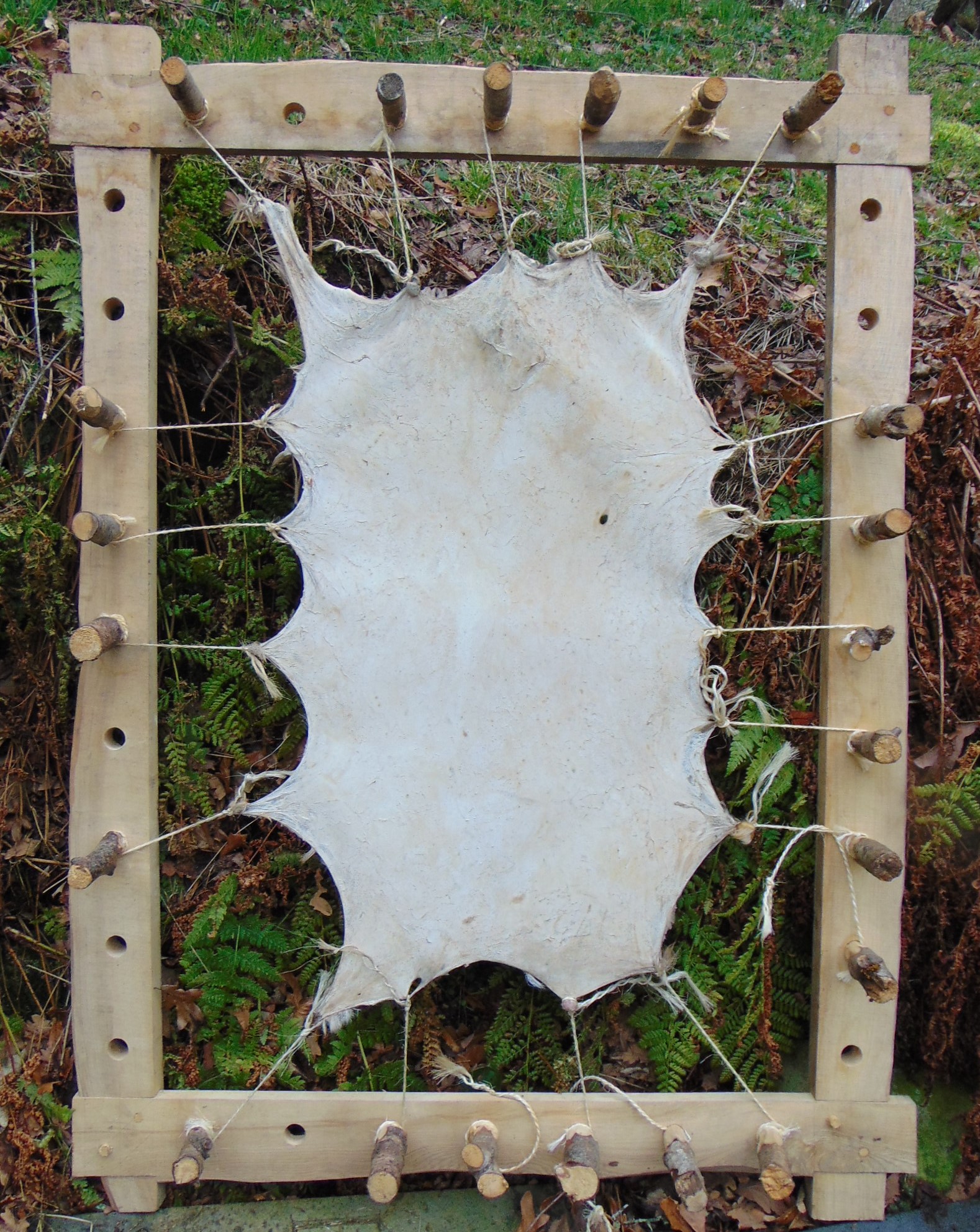 At Trinity College Dublin between 2004 and 2006, micro-Raman spectroscopy was used to analyse the book’s pigments. It gave an almost complete list of ingredients, some of which contradicted earlier analysis. There were all the usual suspects for a medieval manuscript, including red from lead tetroxide, green from a copper-based verdigris and yellow orpiment from arsenic sulphide. However, the blue, which had previously been identified as the mineral Lapis Lazuli, only available from Afghanistan in the medieval period, turned out to be the locally available dye plant woad. 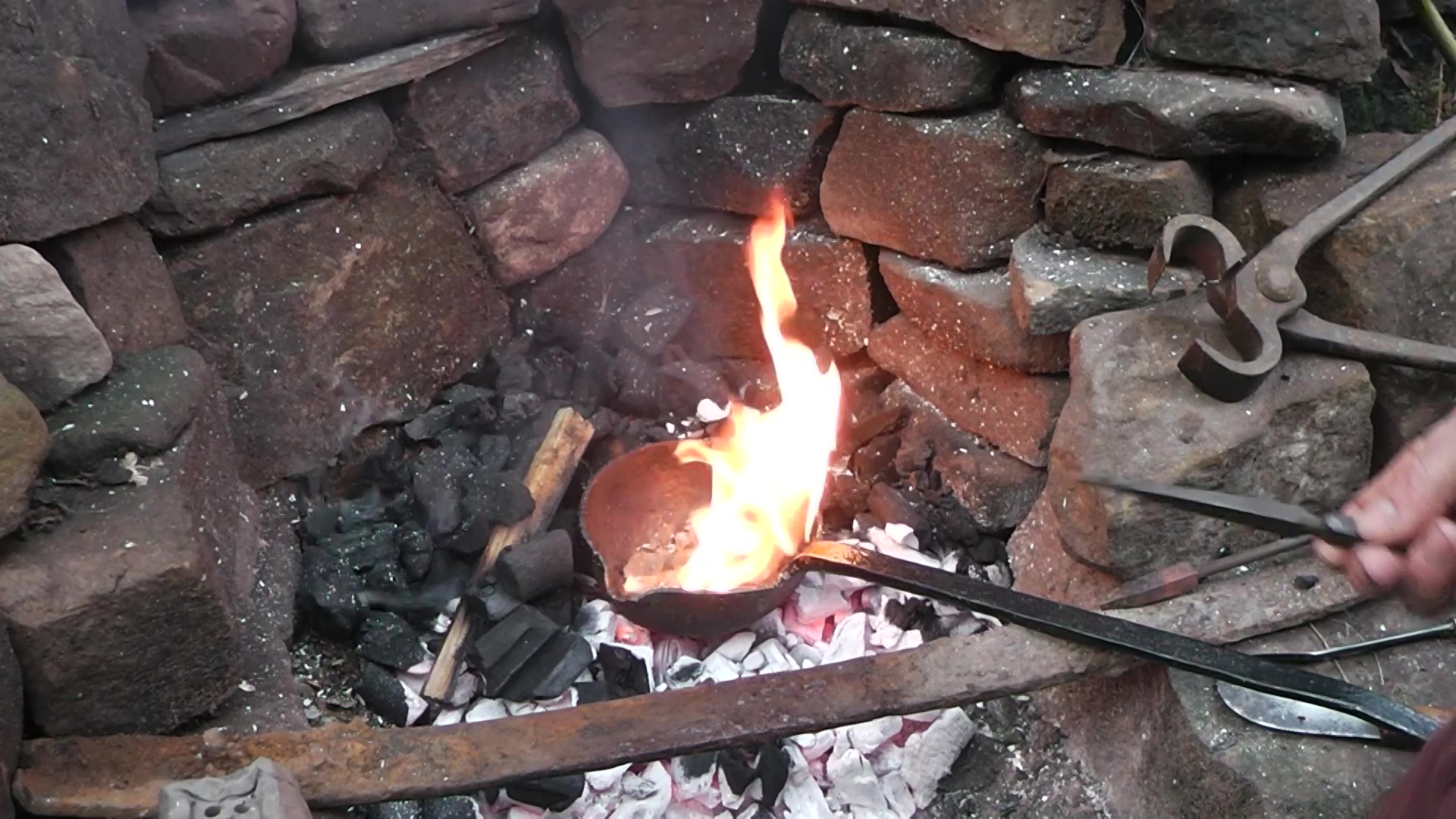 In 2007, the organic purple was identified as orcein through the use of a fluorometer, measuring luminescence lifetime decay. Another unexpected result, as purple ink in manuscripts is often associated with that derived from the murex shellfish. Orcein is produced by several species of lichen native to the British Isles, the method of its production has been preserved within the dyeing culture of the Hebrides and rural Ireland.

While this research was being carried out in Dublin, an entirely unrelated archaeological excavation was underway in the village of Portmahomack in the Scottish Highlands. Initially investigating a promising boundary ditch, it soon became clear that the site was a major Pictish monastery.  Eventually the complex site workshop enclosure, with pits, bone pegs and curved blades was deciphered; it was a parchment-making workshop.

This isn’t just unusual, it is unique, and it had a few lessons in store for the modern parchment maker. The parchment makers of old did not use lime to soak the hides to remove the hair, but burned seaweed for potash instead. Also, the lunellum, the curved blade used to scrape the hide, was much smaller than a modern equivalent. This is because they were using hot water to strip the unwanted skin layers from the hide, a much more efficient method than brute force alone, suggesting particularly skilled parchment makers were operating here. 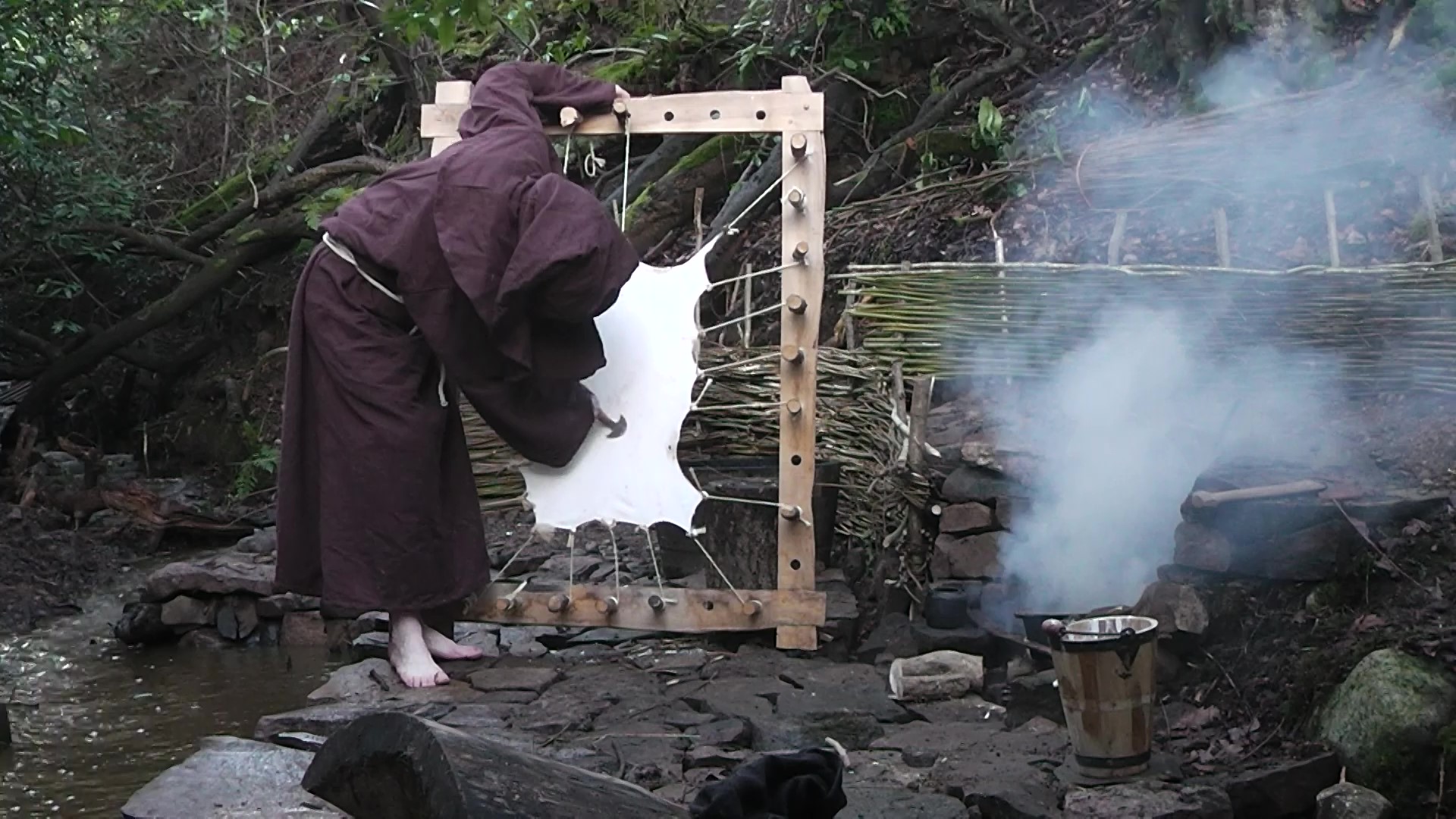 There was also a metal-working area with evidence of craftsmanship of the highest quality, including a metal boss thought to be made by the same craftsman that produced another Irish treasure, the silver Derrynaflan Paten, which can be seen at the National Museum of Ireland.

A stylus and a book clasp were also recovered, as well as fragments of high quality Pictish sculpture, including one with a written inscription. You could not hope for a better range of finds to support the theory that a manuscript of Kells’ quality could have been made at this site. One more crucial detail emerged later, once all the post holes and structures had been documented. The entire site was laid out geometrically, some of it even in the Fibonacci sequence; it is evident that these craftsmen shared the same obsession with geometric detail as found in the great insular gospel books.

With the great insight that archaeologists and scientists have provided into the materials and methods of the Book of Kells’ construction in recent years I believe there is now enough data for it to be taken up as an experimental archaeology project. This is the plan: I am aiming to reconstruct folio 27v, an image of the four evangelists’ symbols within an ornate border. It contains all of the pigments and most of the decorative features representative of the book as a whole. If it was an excavation, this is where you would put a trench. The parchment will be made to the specifications suggested by the evidence from Portmahomack, and I will aim to source all of the raw materials within the locality. So, growing woad, collecting lichen, cooking lead carbonate, and so on. The design will be created from first principles by working out the geometric ratios employed by the original artist.

I will attempt to relate each design feature to an artefact with better context and provenance than Kells, with Pictish sculpture being a major source. This will be in response both to the Pictish evidence for parchment making and the research of Dr. Victoria Whitworth who has proposed a Pictish origin for the Book of Kells. There are numerous features within the manuscript that can be linked to Pictish sculpture, particularly on folio 27.v where the key pattern border panels match a stone panel situated at Rosemarkie on the Black Isle. The stylistic features of the evangelist symbols, a calf, eagle, lion and man all have similarities with motifs found on Pictish stones in the north east of Scotland.

This project will be carried out in collaboration with the Tarbat Discovery Centre, custodians of the site at Portmahomack. It will run as a crowdfunding project through Kickstarter and, if successful, the results will be exhibited in the centre on the site where the original may have been displayed more than a millennium ago. 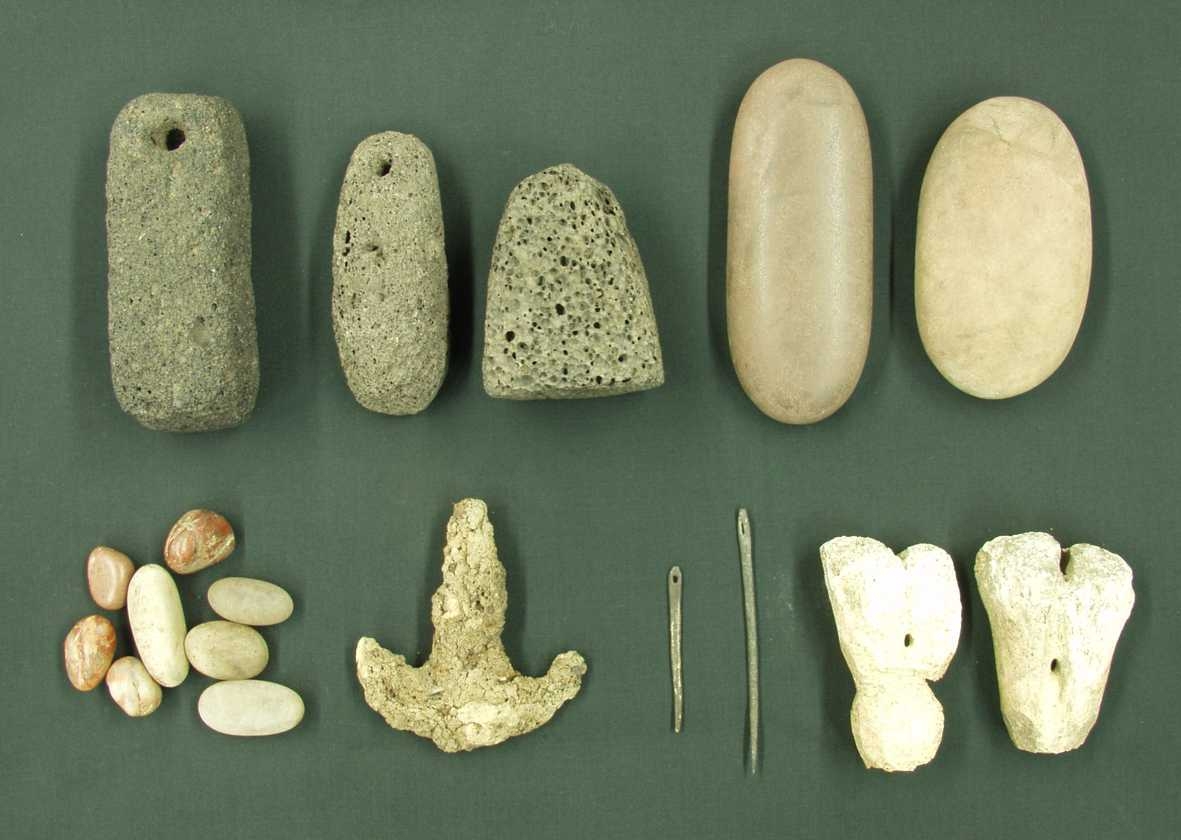 The pigments produced will be analysed by Dr. Andrew Beeby from Team Pigment at Durham University and relevant experts will be consulted at each stage of the process, from the parchment making through to design elements and theological aspects. You can follow the project launch page here with more information about the background, who will be involved and other manuscript projects here.

Thomas Keyes is a manuscript illuminator and parchment maker based in Cromarty on the Black Isle. The focus of his research is the material production and draughting techniques used in the creation of insular manuscripts. This includes everything from processing hides and growing dye plants to medieval chemistry and the use of geometry to generate original designs. He has worked with Museums and Universities throughout Britain and Ireland and as an artist creates contemporary insular manuscripts inspired by Gaelic legends and current issues facing society. His work can be seen here.

(Images copyright Thomas Keyes, with the exception of Portmahomack parchment tools, which is copyright University of York and FAS Heritage.