Mary Queen of Scots and the Earl of Bothwell - a love affair? 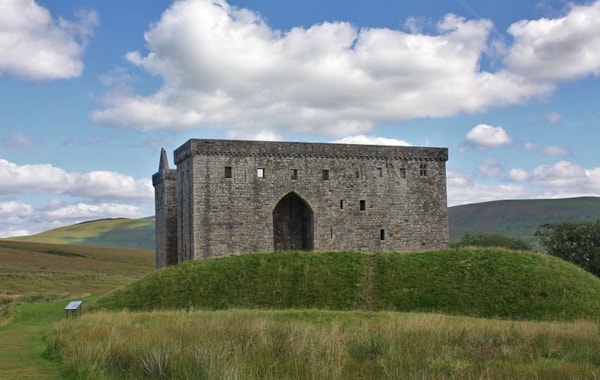 Roy Calley explores a fifty-mile horseback journey made by Mary Queen of Scots to reach the injured Earl of Bothwell, in order to try to discover whether the Stewart queen was in love with Bothwell or simply reacting to a dramatic turn of events.

One of the many controversies surrounding Mary Queen of Scots - of which of course there were many - was the so-called love-affair with James Hepburn, Earl of Bothwell, ahead of their disastrous union following the murder of her second husband, Lord Darnley.

There has been so much written and speculated upon concerning this relationship that ‘Mary-watchers’ are firmly divided into two camps: those who believe she was involved in an adulterous affair with Bothwell and was complicit in the death of her wayward and frankly unsuitable husband (especially following the horror of the murder of her secretary David Riccio which involved Darnley); and those who believe she was the unwilling, emotional victim of a set of circumstances that were virtually out of her control, where she turned to the one man who had led her (and her mother) in a calm and strong fashion during the constant moments of crisis.

There isn’t a better or worthier example of the confusion and disagreement on this subject than the incredible journey Mary made to be by Bothwell’s side at Hermitage Castle (pictured) after he was seriously injured. A journey that has been romanticised and mythicised like no other, in my opinion.

QUICK LINK: Explore Mary's story from your own home

In October 1566 Mary was in the important Scottish town of Jedburgh holding a justice eyre. This was a dangerous place to be, as it was just a few miles from the English border, but the eyre was a regular annual occasion where the regent meted out justice to all those who had transgressed. It’s interesting to see how different Mary’s ‘justice’ was compared to her half-brother Moray who had prisoners drowned or tortured on the wheel and rack as a way of deterring any future crimes. His patronising attitude to her gentleness in such matters was well-known and he wasn’t slow in attacking her verbally each time a prisoner or criminal received anything less than the harsh punishment he would have administered.

The eyre took place in the town house that dominated what was then the main street (a building that supposedly still stands today, although certain historians suggest it may have been rebuilt in the time of her son James), and it was whilst there that Mary learnt on the tenth of that month that her lieutenant Lord Bothwell had been seriously injured in a skirmish near his ancestral home of Hermitage Castle. It’s at this point where historians differ as to what happened next.

Mary's chronicler George Buchanan, once a staunch supporter but later to become her strongest critic, wrote that she immediately fled like a madwoman to be at her lover’s side, tended to Bothwell in the privacy of his chambers and also engaged in passionate embraces with him, before bringing  him back to Jedburgh, where she installed him into the room below hers so that they could continue their love-affair. He states, correctly, that the horse ride was of some fifty miles there and back and as Mary and her courtiers completed the journey in a day, then no truer act of love could be found.

The argument is certainly worth considering as it does to today’s mind seem an extraordinary journey to take for someone who was only her lieutenant, and it’s worth noting that at the entrance to Hermitage Castle today, there is a sign that relates Mary's journey and describes Bothwell as her ‘lover’. Unfortunately, the facts seem to somewhat dampen the story.

What is forgotten amongst this tale of so-called flight of passion is that Mary actually waited for SIX days before making the journey, preferring to finish her business at Jedburgh before the long and risky ride through the borders. It’s also worth noting that the Earl of Moray accompanied her, and with his deep dislike and mistrust of his half-sister, it would be highly unlikely Mary would engage in such activities in front of him.

The perils of travel

Critics also point out that the horse ride of fifty miles in one day was far beyond what would be usual in those days, especially with the terrain in early Scottish winter being as unwelcoming as it was, but this was a woman who rode for 25 miles side-saddle whilst six months pregnant, and with her love of hunting and hawking, was far more comfortable in the saddle of a horse than sat on a crown seat.

In fact, some 400 years later, a certain lady by the name of Elizabeth Miller, who was 26 at the time, played the part of Mary in a recreation of the ride and completed it with the least amount of fatigue and was then later able to attend a banquet with little tiredness. On that day, with the mist covering the hills, she was able to ride the virtual exact route taken by the queen along Banchester Bridge (near the queen’s well), Earlside, Stobs Castle, Barnes Farm and the queen’s mire between Priesthaugh and Hermitage. The journey started at 7am and finished at noon, with the return lasting between one pm and seven, which goes to prove that it could easily have taken place.

Many of Mary’s detractors also point out that the ride was completed in just one day as she was desperate to get Bothwell back to Jedburgh, but Hermitage Castle was far too close to the English border and was totally unsuitable for a royal visitor (for those who have visited in modern day, you will understand what I mean; a truly wonderful building but seemingly uninhabitable except to the likes of Bothwell and his clan).

What has never been doubted, though, was the serious illness that Mary suffered on her immediate return. It’s now been established that she inherited the disease of porphyria, which caused her to vomit and convulse at times of stress, before making a seemingly remarkable recovery. At Jedburgh it affected her in the extreme, almost certainly brought about by the journey, plus the complete breakdown of her marriage to the sulking and errant young Darnley.

For days she lay in a torpor after vomiting nearly sixty times and effectively became paralysed, so much so that she was prayed for publicly in the churches of Edinburgh. It was only the rather unusual administration of wine forcibly poured down her throat by her physician Arnault, and the tight bandaging of her legs and feet that brought about a recovery (although how has never really been discovered). During this illness Bothwell was not mentioned by any contemporary writer once, so the fanciable notion that he was also in the house recovering from his own life-threatening injuries is surely just that?

We also have to ask where was Darnley at this time? Well history has never been kind to him, and in a way it’s difficult to defend his actions whilst married to Mary (not least the involvement in the murder of her secretary Riccio which naturally leads to suggestions of a love-affair between Mary and Bothwell as the latter was clearly implicated in the murder of the former), but in this respect he does have a reasonably good alibi for his perceived snub of his ill wife.

He actually hadn’t been told of Mary’s collapse the 27 October, some eleven days after the event, as he was out enjoying his favourite pastime of hunting. He did however arrive in Jedburgh the next day, but proving that he really wasn’t the dutiful husband, he was offended by a comment from one of the courtiers and immediately left. Again, it would be unlikely that Darnley and Bothwell would share a house even for a day, bearing in mind the huge dislike Bothwell had for Mary’s husband.

Mary and Bothwell - a love match?

It is my opinion that Mary saw Bothwell as a man who she could rely on, and after hearing of his injuries was seriously concerned as to his well-being, maybe more due to self-preservation. If a love affair did take place, and I personally doubt it, then surely it would have been at a later date once they had married and Mary had effectively completely lost the ability to deal with the many dramas that were overwhelming her.

Maybe at that stage, with no one to turn to and in a state of seemingly mental breakdown, she then did turn to Bothwell and a love of sorts was felt. Sadly we’ll never know the truth, but one thing that is known for certain. Mary cared enough about Bothwell, either personally or professionally, to embark on a journey that was as remarkable back in 1566 as it is today.

Roy Calley is the author of On the Trail of Mary, Queen of Scots: A Visitor's Guide to the Castles, Palaces and Houses Associated With the Life of Mary Queen of Scots. Published by Amberley Publishing at £20.

This book takes the reader on a journey through the landscape of Mary's time. In her footsteps we visit resplendent castles, towering cathedrals, manor homes, chapels and ruins associated with Mary. Each location is brought to life through an engaging narrative and a collection of photographs and works of art.