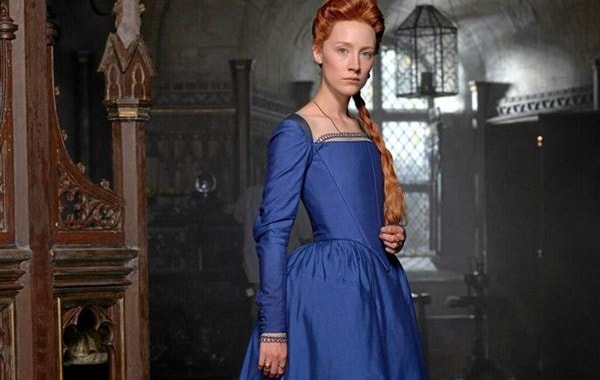 Film Trailer Zone have shared a trailer for the Mary Queen of Scots movie, which is due to premiere in the US on 7 December 2018, coming to UK screens on 19 January 2019.

The new Mary Queen of Scots movie - what do we know so far?

Mary Queen of Scots is played by New York-born actress Saoirse Ronan, who won a Golden Globe Award for Best Actress for her role in Lady Bird (2017) and starred in the 2015 film Brooklyn, for which she received an Academy Award nomination for Best Actress.

Saoirse (pictured here as Mary Queen of Scots) has been seen filming on horseback in Glencoe, perhaps recording scenes in which Mary made a long journey to the bedside of the ailing Earl of Bothwell, who later became her third husband. In the film she has long red hair and has been seen on set wearing a full-length blue dress with striking jewellery.