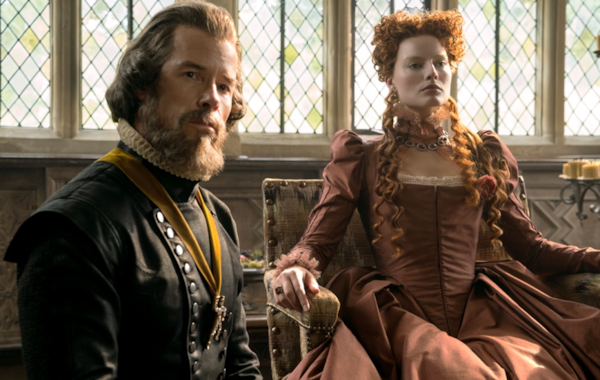 Mary Queen of Scots will be released on 7 December 2018 (US) and 19 January 2019 (UK and rest of the world) and will tell the story of Mary's queenship, imprisonment and execution, based on the book My Heart is my Own by Professor John Guy. You can read more about Mary's life here.

The trailer, released by Universal Pictures and distributed by Focus Features, opens with the dramatic moment when Mary is condemned to death by Elizabeth I, before cutting back to Mary's reign in Scotland. Viewers can get a good look at the portrayals of Saoirse Ronan and Margot Robbie as Mary and Elizabeth, with scenes which appears to show the two queens in a face-to-face meeting - which, in fact, never actually happened.

There is also a brief look at David Tennant's portrayal of religious reformer John Knox.

To celebrate the release of Mary Queen of Scots, History Scotland is publishing a limited-edition souvenir magazine which explores the film's cast, stories from the filming and takes an in-depth look at Mary's life and the truth about her relationship with Elizabeth I. Find out more here.

Sign up to the free History Scotland e-newsletter to receive updates on our Mary Queen of Scots magazine and the film.

Order your copy of the Mary Queen of Scots magazine