Anatomy: A Matter of Death and Life at the National Museum of Scotland Medicine cabinet used at the battle of Culloden

The National Museum of Scotland has today announced its major summer 2022 exhibition, Anatomy: A Matter of Death and Life.

The exhibition examines the history of anatomical study, from artistic explorations by Leonardo da Vinci to the Burke and Hare murders.

Anatomy: A Matter of Death and Life will examine the social and medical history surrounding the practice of dissection of human bodies. It looks at Edinburgh’s role as an international centre for medical study and offers insight into the links between science and crime in the early 19th century.

In 1828, William Burke and William and Margaret Hare killed 16 people in the impoverished Edinburgh district of West Port and sold the bodies to an anatomist for dissection. The exhibition examines the circumstances that gave rise to the murders and asks why they took place in Edinburgh. It unpicks the relationship between science and deprivation and looks at the public reaction to the crimes and the anatomical practices responsible for them.

Covering 500 years of medical exploration, Anatomy opens with early examples of anatomical art, including sketches by Leonardo da Vinci, lent by Her Majesty The Queen from the Royal Collection. These introduce the search for understanding about the human body and anatomy’s place in the development of medical knowledge across Europe. 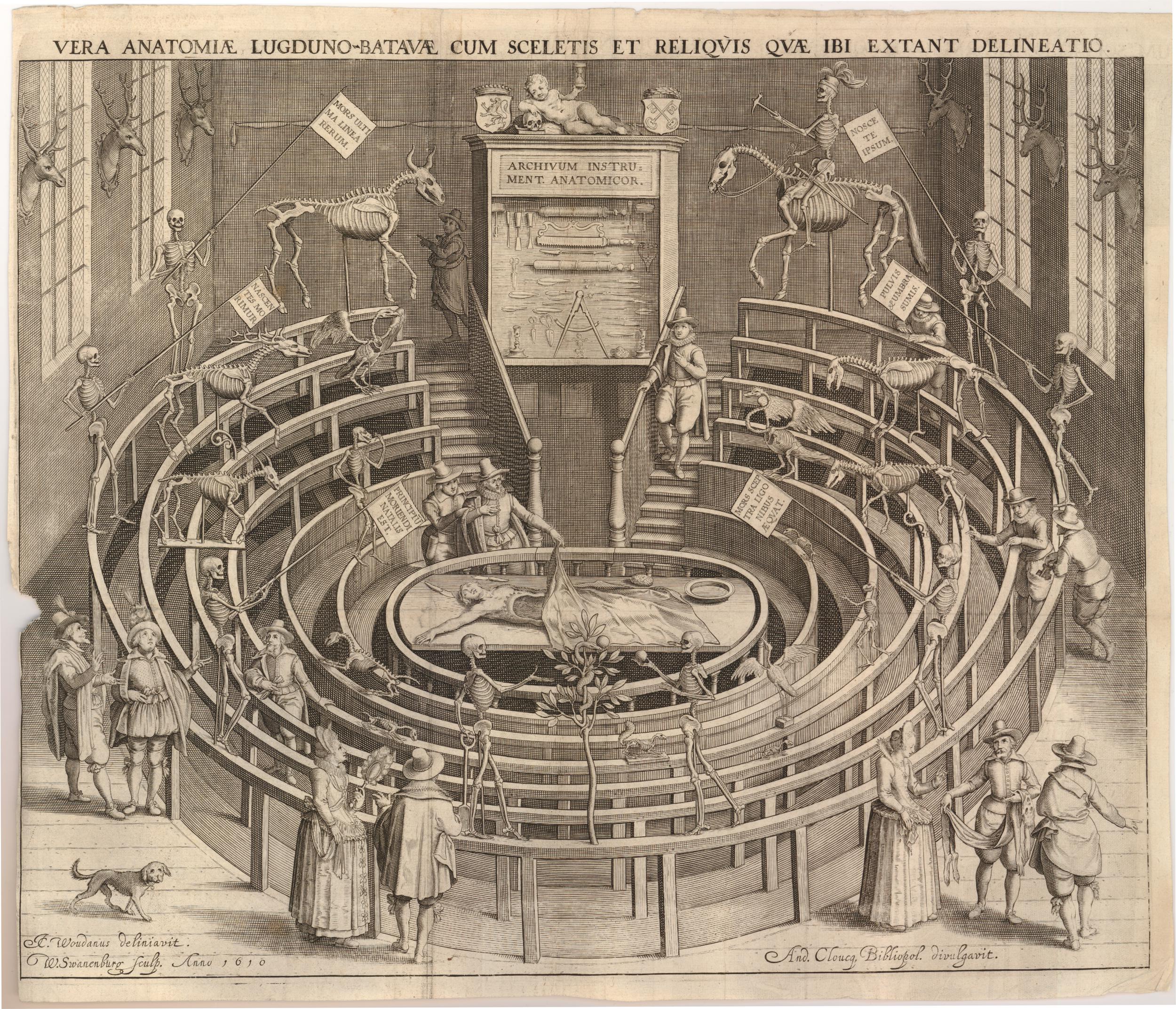 1610 Etching of the anatomy theatre at the University of Leiden, by Willem van Swanenburg after Jan Cornelisz. © Royal College of Physicians

Visitors to the exhibition, which is supported by Baillie Gifford Investment Managers, will find out more about the role anatomy played in the Enlightenment. In the 18th century, Edinburgh developed into the leading centre for medical teaching in the UK, and the demand for bodies to dissect and study vastly outstripped legitimate supply. The acquisition of bodies was intertwined with poverty and crime, with grave-robbing - stealing unprotected bodies for dissection - becoming a common practice.

On display will be a ‘mort safe’; a heavy iron box placed over a coffin to deter would-be body snatchers. Other notable objects in the exhibition include:

The exhibition closes by highlighting the changing practices and attitudes around body provision in the century and a half since the Burke and Hare murders, bringing the story right up to date. It looks at the modern approach to body donation at universities in Scotland and contrasts the ethics, practices and beliefs today with those of two centuries ago.

Dr Tacye Phillipson, Senior Curator of Modern Science at National Museums Scotland said:  'Anatomical knowledge is crucial to medicine, and Edinburgh was a key centre for medical teaching and the development of modern medicine. However, this work relied on the dissection of bodies, the sourcing of which was often controversial and distressing. Anatomists could only get the quantity of bodies they wanted through dehumanising the dead and financing a murky industry.  Murder was a particularly shocking consequence of this, with people killed for the sale price of their bodies. This fascinating exhibition explores the relationship between society, poverty, ethics and science at that time, and exposes the human cost of early medical advancement.'