A series of oak armorial panels from a house inhabited by Mary Queen of Scots’s mother Marie de Guise, Regent of Scotland and wife of James V, have been acquired and conserved by National Museums Scotland. The announcement coincides with the birth date of Mary, Queen of Scots (8 December 1542).

The four roundels are said to have come from a house in Blyth’s Close, in the heart of Edinburgh’s Old Town, where Marie de Guise lived from around 1543 to 1554. One carries the combined coats of arms of James and Marie, later used by their daughter Mary Queen of Scots herself. Armorial roundels like these were included in the elaborate decorative schemes of royal and noble houses. They were used to promote the elite status of those who lived in the apartments and to demonstrate their relationships with powerful people.

Dr Anna Groundwater, Principal Curator, Renaissance and Early Modern History at National Museums Scotland, said: “These armorial panels are a fantastic addition to the National Collections. We are very pleased to have been able to acquire them and look forward to putting them on public display in the future. They are important pieces in their own right, and complement our existing collection of material associated with Marie de Guise already on display. We are particularly pleased to add these marital coat of arms of Mary Queen of Scots’ parents.”

The story of Mary Queen of Scots

On 8 December 1542, Mary Queen of Scots was born at Linlithgow Palace. Her father, James V, died a mere six days later, leaving her mother, Marie de Guise to safeguard her future. Her parents had married in June 1538 at St Andrews Cathedral, in a liaison intended to secure the ‘auld alliance’ of Scotland with France against England and Henry VIII. The imagery associated with the marital union can be seen in this armorial roundel which carries the impaled arms of James V (the rampant Scottish lion), and Marie de Guise (as duchess of Longueville), surmounted by a crown. 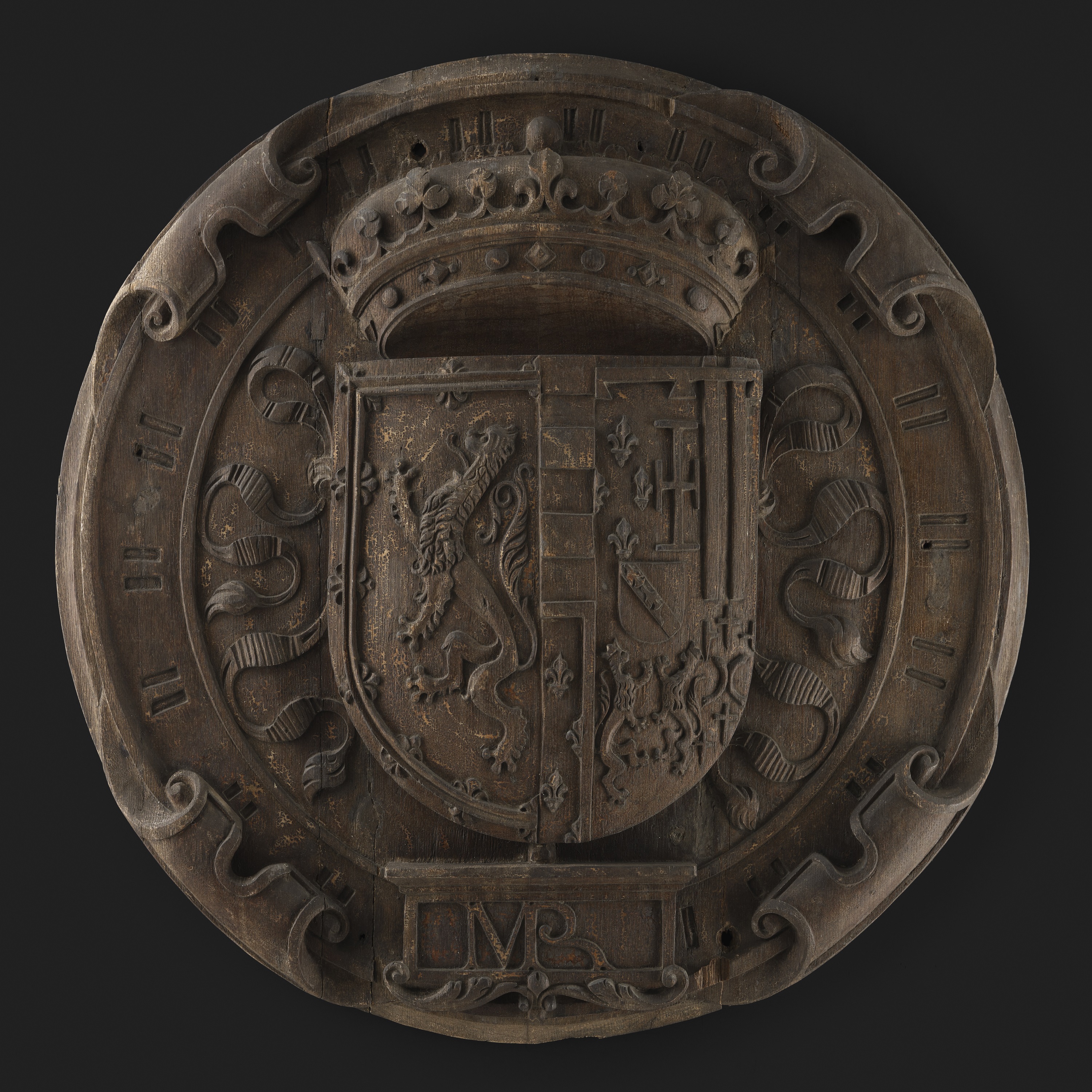 These roundels join other significant decorative objects associated with Scotland’s Queen Regent already in National Museums Scotland’s collections, including carved oak doors salvaged from the same house when it was demolished, as well as sixteen oak medallion panels.

For more information on the collections, visit the National Museums Scotland website.