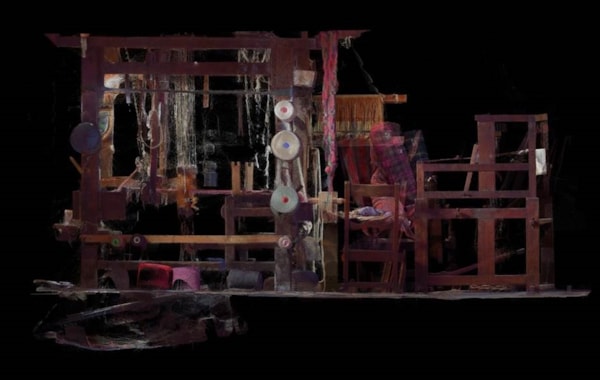 Book a place on the Weaver's Cottage dig at Kilbarchan Images

Members of the public are being invited to join the archaeologists at the Weaver’s Cottage, in Kilbarchan, outside Paisley on Saturday 22 and Sunday 23 June 2019 as they dig for more evidence of the lives lived in the historic building.

For the first time, a fully accurate record of the 1723 building based on photography and drawings has been completed and this will inform the digging of test pits. The cottage is a survivor from a time when hand-woven textiles were the pride of Scotland’s weaving industry before large-scale mills came to dominate with the coming of the Industrial Revolution.

QUICK LINK: 19 archaeology digs to take part in this summer

Compilation of the record was undertaken by AOC Archaeology Ltd, which used a laser scanner to obtain both external and internal elevations and plans of the entire building. This has allowed detailed cross-sections of the irregular structure to be captured. A full Historic Building Survey has been completed and can be viewed by the public when visiting the Cottage.

Derek Alexander, the National Trust for Scotland’s Head of Archaeology said: “As the Weaver’s Cottage is such a complicated little building, split over different levels, and was probably home at one stage to four different families, I have always wanted a detailed record of it.

“The work has helped us to understand how the building changed and developed over time and will help inform our future management of it”.

Laser scanning was also used to capture a full accurate model of the historic handloom within the cottage, complete with a pit below within which pedals are positioned.

Members of the public are being invited along to help dig the test pits in the garden behind the cottage to look for artefacts dating to the use of the house but also anything that might be earlier.

Book your place on the National Trust for Scotland website.