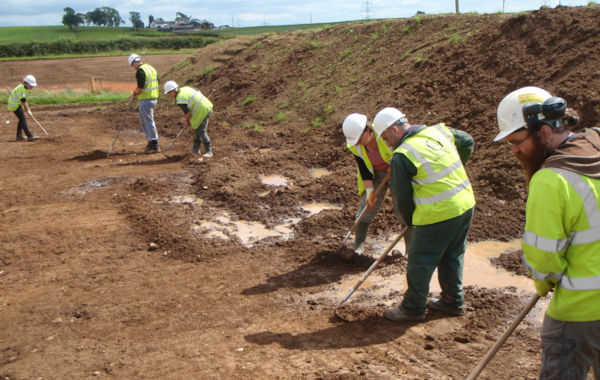 The remains of one of the oldest earliest houses in East Ayrshire, dating to the early Neolithic period (3500-4000 BC), have been uncovered by archaeologists from GUARD Archaeology.

The remains of one of the oldest earliest houses in East Ayrshire, dating to the early Neolithic period (3500-4000 BC), have been uncovered by archaeologists from GUARD Archaeology.

The archaeological remains were uncovered in countryside near Kilmarnock while Scottish Water was working on an ongoing £120M project to upgrade the water mains network between Ayrshire and Glasgow.

Eight areas of archaeology were observed by the GUARD Archaeologists, who were monitoring the excavation works for the new pipeline. These included some prehistoric burnt spreads and pits but of particular note was the discovery of early Neolithic carinated bowl fragments in a number of post-holes forming part of a rectangular building near Hillhouse farm. This rectilinear hall, which measured 14 m in length and 8 m across, belongs to a type of house built by the first farming communities in Scotland. 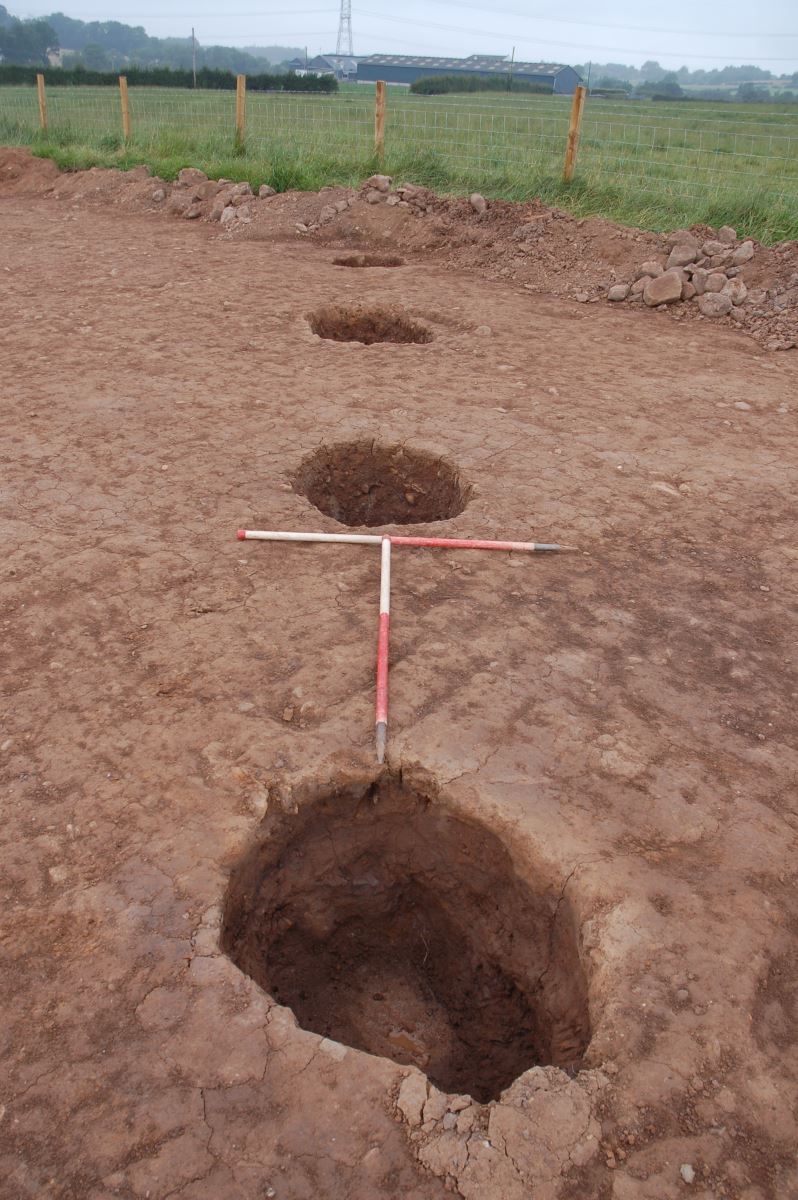 GUARD Archaeology excavation director Kenneth Green said of the remains: ‘Heavily truncated by millennia of ploughing, only the deepest parts of some of the post-holes survived, arranged in a rectangular plan and containing sherds of early Neolithic pottery, hazelnut shell and charcoal.

‘The width and depth of these post-holes indicated that they once held very large upright timber posts, suggesting that this building was once a large house, probably home to an extended family or group of families.’

Up until this time, during the earlier Mesolithic period (c. 8000-4000 BC), Scotland was inhabited by small groups of hunter gatherers, who led a nomadic lifestyle living off the land. The individuals that built this Neolithic house were some of the earliest communities in Ayrshire to adopt a sedentary lifestyle, clearing areas of forest to establish farms, growing crops such as wheat and barley and raising livestock such as cattle, sheep, goats and pigs.

‘The pottery recovered from the Neolithic house are sherds of Carinated Bowl, one of the 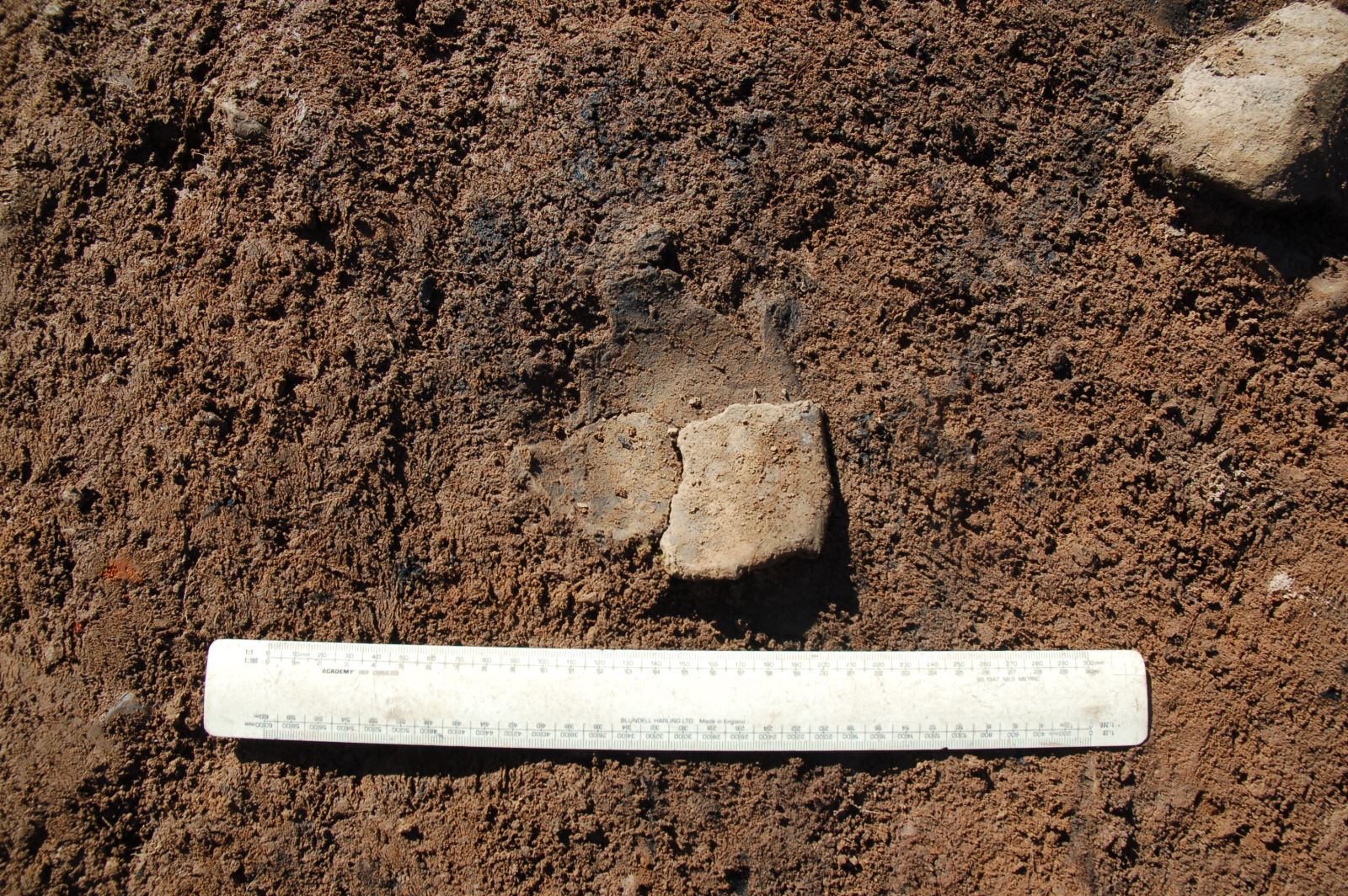 earliest types of pottery vessels ever to be used in Britain’ added Kenneth Green. ‘Traces of milk fat have been found in other carinated bowls found elsewhere in Scotland. Carinated Bowls are distributed across Scotland but very few have been found in the west so Hillhouse represents an important discovery.’

Further post-excavation analyses of the pottery charcoal and environmental samples taken during the excavation may reveal the precise date when the house was occupied and provide other insights that will improve our understanding of the spread of farming settlements across Neolithic Scotland.