Go ahead for development at Viewhill Farm, Culloden - National Trust for Scotland responds 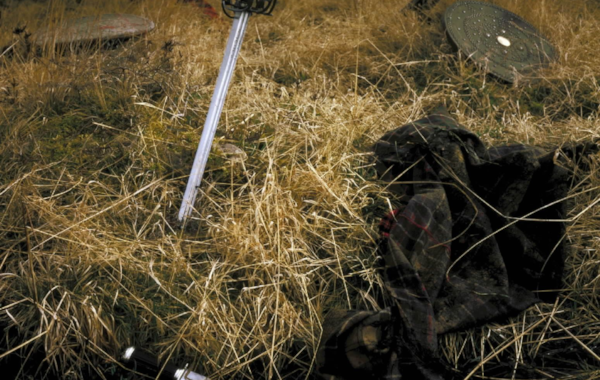 Conservation charity, the National Trust for Scotland, has said that the go-ahead for a development at Viewhill Farm, Culloden is a 'blow for the site'.

Conservation charity, the National Trust for Scotland, has said that the go-ahead for a development at Viewhill Farm, Culloden is a 'blow for the site'.

New findings on the Battle of Culloden.

The Trust's site at Culloden, near Inverness, includes the site where the Jacobite Rising of 1745 came to its end in one of the most harrowing battles in Scottish history. Jacobite supporters, seeking to restore the Stuart monarchy to the British thrones, gathered to fight the Duke of Cumberland's government troops. It was the last pitched battle on British soil and, in less than an hour, around 1,500 men were slain – more than 1,000 of them Jacobites.

Response to the decision

Responding to today’s decision, the charity’s Head of Policy, Diarmid Hearns said: “We strongly feel that this is the wrong development for Culloden and are deeply disappointed at the planning system’s failure to protect this important site from the threat of development.

“The Trust, the community, the local authority and many others with an interest in Culloden have made their views known. We do not appear to have been heard, however.

“This is very concerning, particularly in light of the proposals for a new Planning Bill, which if anything, would give people even less of a say on development in their local communities.

“Scotland’s historic sites and stunning landscapes could be lost forever. We need to make sure that the places which make Scotland so special get the protection they deserve."

The news comes after two years of campaigning from those who opposed the building of sixteen homes at Viewhill Farm, which is situated close to the site of the battle.

Future of the site

The charity says that it will now focus on limiting the impact of the development on the site of the last pitched battle in the UK. Mr Hearns will give evidence to the Scottish Parliament’s Local Government and Communities Committee during Stage 1 of the Planning (Scotland) Bill on Wednesday 14 March.

Research carried out by the conservation charity in autumn last year found that most people felt they had no influence on the planning decisions that affected them. 1,025 people over the age of 16 were surveyed and the survey sample was weighted to reflect the country’s socio-demographic distribution.

For more on the work of National Trust for Scotland, visit their website.

UPDATE - BBC NEWS HAS REPORTED A 'MIX UP' IN VOTES WHICH MAY AFFECT THE OUTCOME OF THE PLANNING DECISION.