Photo of the first female solicitor in the UK unveiled 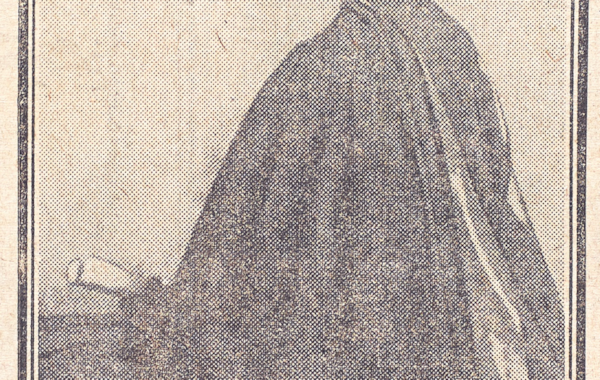 Photo of the first female solicitor in the UK unveiled Images

The image was discovered by University of Glasgow law academics and students, who were carrying out research for this year’s centenary of women in law project - First 100 Years: Celebrating women in law.

They now hope the photo to raise the profile of Anderson’s place in UK legal history and are hoping that the image may help them to trace Madge's relatives to learn more about her life.

A celebration of tenacity

Maria Fletcher, Senior Law Lecturer at the University of Glasgow and a Champion of the First100Years project, said: “Madge Easton Anderson is an important person for us to remember, both here in the School of Law and more widely in the legal profession.

“2019 is the centenary of the Sex Disqualification (Removal) Act 1919 which paved the way for women to become lawyers for the first time. We should celebrate Madge and her tenacity. She studied law and underwent her professional training in a law firm even prior to the passage of the 1919 Act.”

“Madge had a number of firsts to her name -  she was the first woman law graduate at Glasgow, the first to be admitted to practice as a solicitor in Scotland and indeed the first UK female lawyer, as well as being a partner in the first UK law firm to be run only by women based in London.”

Ms Fletcher says that the details of Anderson’s later life remain obscure although after a time working in London, she retired to Scotland after the Second World War and ran a private hotel for a number of years. She said: “Through the University’s Settlement organisation, Madge volunteered her time to offer free legal advice to those in the Anderston community of Glasgow. Records show that she acted as a ‘Poor Man’s Lawyer’ from 1920-1930. Her work undoubtedly inspired the later opening of a Free Legal Dispensary run from the University of Glasgow; itself a precursor for the first Citizen’s Advice Bureau in Glasgow.

“She has much to be admired not only as a real pioneer but as a wonderful inspiration for our students today. It seems only right and fitting that her legacy is remembered at her alma mater. I am delighted to be able to unveil a photo of her found in the Mitchell Library archives.”

The University of Glasgow is planning a major conference in 2019 looking at the role of women in law and Madge Easton Anderson and the newly discovered photo of her will be a key element of the day.

The First 100 Years is a ground-breaking history project, supported by the Law Society and the Bar Council, charting the journey of women in law since 1919. Find out more on the project website.