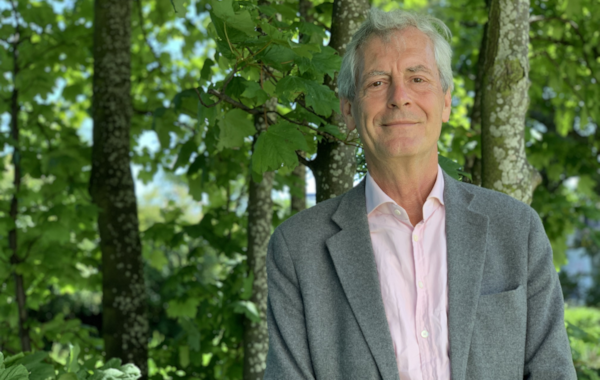 National Trust for Scotland has announced that Sir Mark Jones will take over as Chairman of the charity that protects Scotland’s national and natural treasures, when Sir Moir Lockhead steps down in August 2019.

National Trust for Scotland has announced that Sir Mark Jones will take over as Chairman of the charity that protects Scotland’s national and natural treasures, when Sir Moir Lockhead steps down in August 2019.

Sir Mark, who lives in Edinburgh, was the Director of the National Museums of Scotland from 1992 to 2001 where he oversaw the project to create and open the ‘Museum of Scotland’. He then became the Director of the Victoria & Albert Museum, London. During his tenure, there was a ten-year, £120 million programme of renewal of the museum which saw visitor numbers triple.
Currently, he is chair of the Pilgrim Trust, the Historic Scotland Foundation and the Patrick Allan-Fraser of Hospitalfield Trust. He also owns the Golden Hare bookshop in Stockbridge, Edinburgh.
Sir Mark takes up his new role on 9 August. Commenting on his appointment, he said: “It has never been more important to understand our history and heritage and to protect our natural environment. I am delighted to be working with the National Trust for Scotland which does all of this so well.”
Sir Mark also paid tribute to the achievements made by Sir Moir Lockhead who has held the position of Chair since April 2015. He said: “There has been great progress under Sir Moir’s stewardship and I thank him for his contribution to caring for Scotland’s heritage over the past four years.”

Once in post, Sir Mark is keen to go to St Kilda – a place that he has long wished to visit, but so far has not managed the trip. A keen walker – he is also looking forward to exploring the mountains which are in the care of the conservation charity, and visiting properties with his three grandchildren.

QUICK LINK: The places where you can pan for gold in Scotland