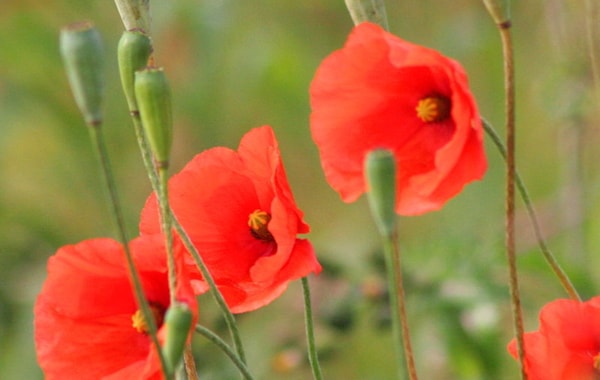 Jean Lewis recalls her husband's homecoming from France in World War Two. My husband was imprisoned in a French jail on the day that our daughter was born. I do not feel embarrassed or ashamed when I say this – indeed I feel quite proud. The day was 6 October 1944 and my soldier husband had landed in Normandy on D Day, 6 June which was his 22nd birthday.

We were married the previous year on 12 August 1943 when I, the bride, was barely seventeen years old. The old aunties were crying in the kirk, not tears of joy I hasten to add. ‘It will never last, she’s just a bairn’, they said.

So why, you may ask, was my husband incarcerated in a foreign jail? He was driving supplies to the front when had an intuition that something was happening at home and so decided to return to base without delivering the supplies.

The sergeant was incandescent with rage and had him put in a French prison alongside gangsters, murderers and maniacs. He admitted to being terrified and was grateful when he was eventually released. Like many others he had moments of fear, despair and finally elation when on 8 May 1945, peace was declared.

The year 1947 was the coldest in living memory. Snow lay deep for almost three weeks, roads were impassable and food supplies were running low. He returned to a harassed young mother who bore no resemblance to the glamour girl he had left behind a few years earlier. My silk stockings with the seam up the back of the leg which I had worn with dainty shoes were a thing of the past. Clothing coupons were scarce and I seem to remember wearing my father’s thick gamekeeper’s stockings, my brother’s shirt and a long woollen skirt which had belonged to my grandmother. Keeping warm was a priority!

Our daughter was overjoyed, almost hysterical, at seeing snow for the first time and I spent most of my time rescuing her from snowdrifts.

‘Did the marriage last?’ I can hear you asking doubtfully. Yes, it lasted 45 and a half years, due chiefly to my late husband’s tolerant nature! Having said that, we were of a generation who made it last.