Scotland in the Seventies - Lawsons Lemonade

On holiday in Greece, my friend was struggling to explain what he wanted to the elderly woman in the kiosk. After pointing towards the shelf behind her, he was offered a tube of sun cream. ‘No, I meant skoosh’.

When I suggested that such Glaswegian terminology may not have reached the Mediterranean, he modified his request to ‘a botel o’ ginger’. This was the ubiquitous word for fizzy drinks in Scotland, derived from the early days of ginger beer.

The origins of Scottish fizzy drinks

In the 19th century, every town had its ‘botanical brewer’, producing ginger beer and mineral waters. Initially these were sold in earthenware bottles (now highly collectable), before progressing to the glass bottle with marble stopper, and eventually the screw-top.

By the 1970s, most of the soft drink companies used a standard 25 fluid ounces (710ml) bottle, marked with a flag, on which a 3p deposit was paid by corner shops. The choice of fizz was always expanding, from plain lemonade to cream soda, pineappleade, limeade and ‘red cola’.

Producers in the environs of the River Clyde included Garvie’s of Milngavie, Struthers of Lochwinnnoch, Robertson’s of Blantyre, Currie’s of Auchinleck and McDougall’s of Bonhill. My local brand was Lawson’s of Greenock, most memorable for the iconic label on its lemonade (pictured), depicting the magnificent Clyde-built QE2.

In Glasgow there was Barrie’s in Pollokshields and Dunn & Moore in Bridgeton, the latter naming its soft drink range Solripe. Most have disappeared, although another Glasgow firm, AG Barr, has not merely survived but prospered in the global market with its Irn Bru.

Neither Barr’s nor Solripe were any use to me when I searched for empty bottles on the rocky beach in Gourock; local shops only paid out on the flag bottles. On one occasion I was glad to find three of the right type washed up on the shore, but the Italian man in the ice cream van gruffly refused to take them. To be fair, they were covered in seaweed!

The local lemonade firms faced increasing challenge in the 1970s. An interloper was Alpine, a firm that rapidly spread around Britain with its weekly deliveries. Flat-bed trucks laden with crates of luridly-coloured pop toured the estates, and they did a roaring trade.

The jumbo-size bottles were of suitably thick glass for repeat use. These lorries disappeared after a while. One reason was the launch of Soda Stream. With sachets of syrup, and a gas cylinder enclosed in a retro American diner styled apparatus, people could make their own fizzy drinks, and as sweet as they liked. More work for hard-pressed dentists!

But the biggest threat to the local firms was the global giants. The sophisticated marketing of Coca Cola, Pepsi and Lilt contrasted sharply with the quaint ‘Dunsade’ of Solripe. Basically there was little difference between ‘Krystal Klear’ lemonade from Struthers and ‘Seven Up’, but the latter was enticingly promoted at the cinema, on television and in popular magazines. The predatory multinationals had all the clout, and Struthers was the target of legal action by Coca Cola for its use of ‘Koala Kola’.

Struthers was one of the last to go, in 2006. This was devastating for the village, and attempts at a community-led revival have not succeeded. But there is hope. In a world awash with the cans and plastic flagons of the international conglomerates, one old favourite has been raised from the fog of nostalgia.

Bon Accord was founded by the Robb Brothers in 1909 in Arbroath, before expanding to factories in Aberdeen, Inverness and Edinburgh. Sixteen years after closure, it is back in business. Karen Knowles, great-great-granddaughter of the original owners, has given the brand a modern makeover, banishing refined sugar and artificial sweeteners. That’s progress…

Dr Niall McCrae is a senior lecturer in mental health at King’s College London. With a keen interest in social history, his publications include the books 'The Moon and Madness', and 'Echoes from the Corridors: the Story of Nursing in British Mental Hospitals'. Niall qualified in psychiatric nursing in Greenock and his historical research includes much material from mental hospitals in Scotland. 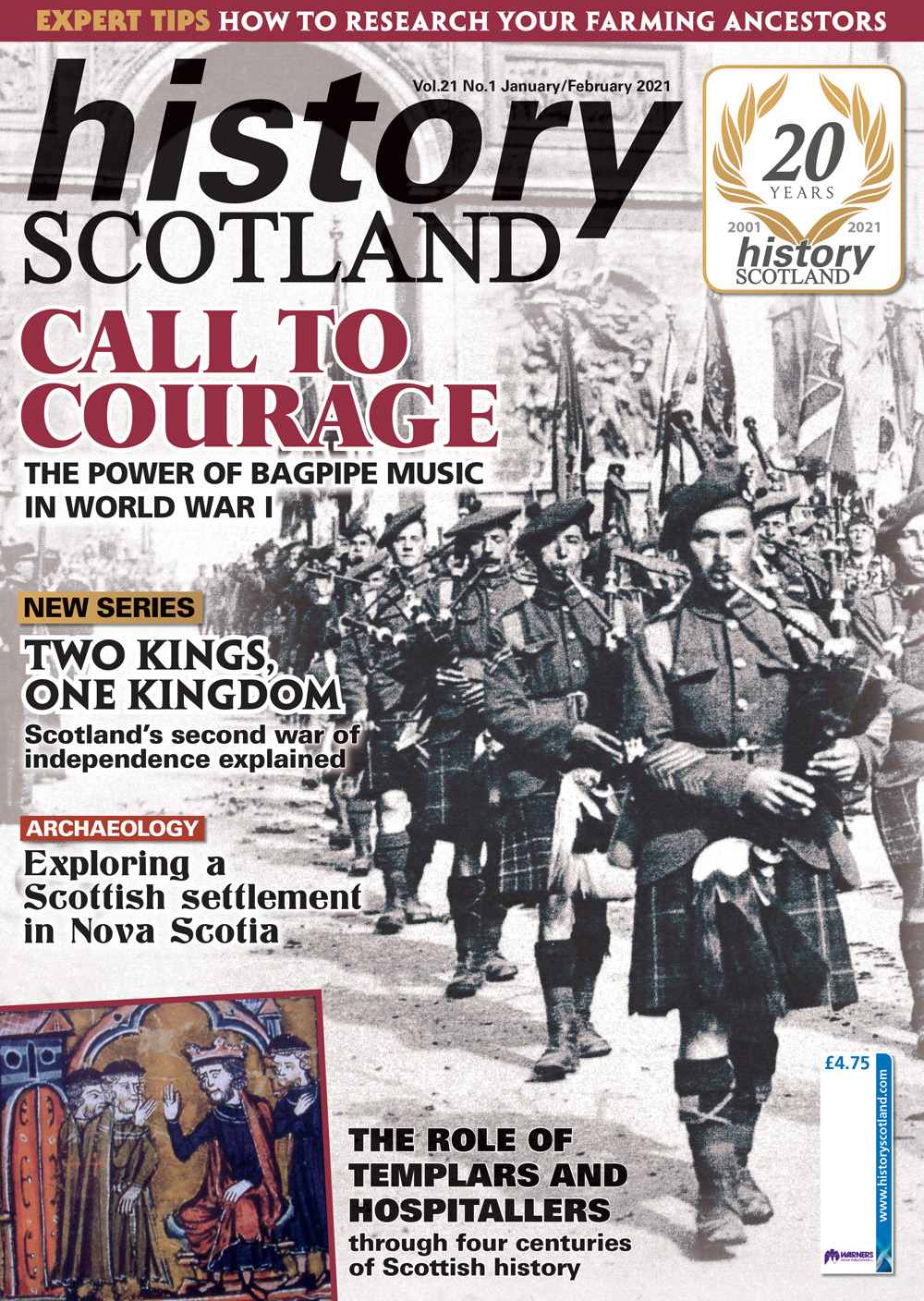