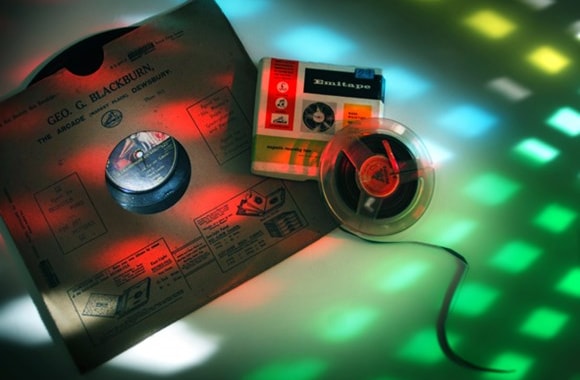 The NLS will partner with the British Library to save almost half a million rare and unique recordings that are threatened by physical degradation or stored on formats that can no longer be played.

These recordings tell the story of the UK’s diverse history through:

The National Library of Scotland will work with archives, libraries and museums across Scotland who have sound recordings in their collections. Examples of the recordings that will be preserved by the project in Scotland include stories of the working lives of people across the country; interviews with prominent literary figures including Hugh MacDiarmid and Edwin Muir; and recordings of traditional Scots music and songs.

Dr John Scally, National Librarian at NLS said: 'Our sound heritage is under threat as tapes, minidiscs, lacquer, vinyl and shellac discs degrade or equipment to play them becomes obsolete.

'This is a vitally important project that will help to save the nation’s sounds and preserve them to be enjoyed for many generations to come.'

For more information on the project, visit the British Library's website; for more on National Library of Scotland, visit their website.