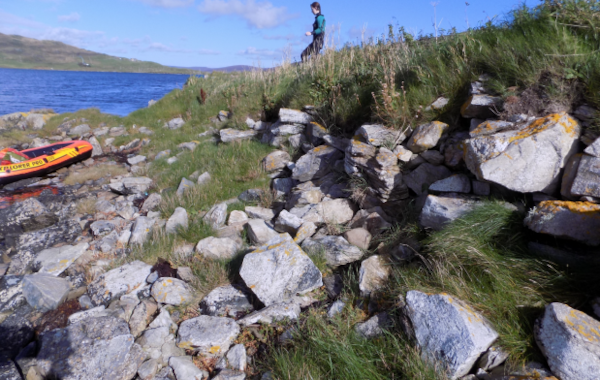 A researcher from the University of Aberdeen has discovered the remains of what could be an Iron Age broch, at Holms of Hogaland in Shetland.

A researcher from the University of Aberdeen has discovered the remains of what could be an Iron Age broch, at Holms of Hogaland in Shetland. For all the latest archaeology dig reports, finds analysis and news, read History Scotland magazine.

Archaeologist Michael Stratigos was carrying out research at the Holms of Hogaland islets at Loch of Strom earlier this month, when he discovered a previously unrecorded drystone roundhouse. Michael and volunteer Sally Evans investigated the site, after a tip off from Claire Christie at Shetland Amenity Trust.

The majority of the islet under investigation was covered in a large mound around 3m high and 16x14m across. There were obvious structural features, including coursed stonework and potentially the remains of orthostats or piers (ie. internal divisions within the former structure). 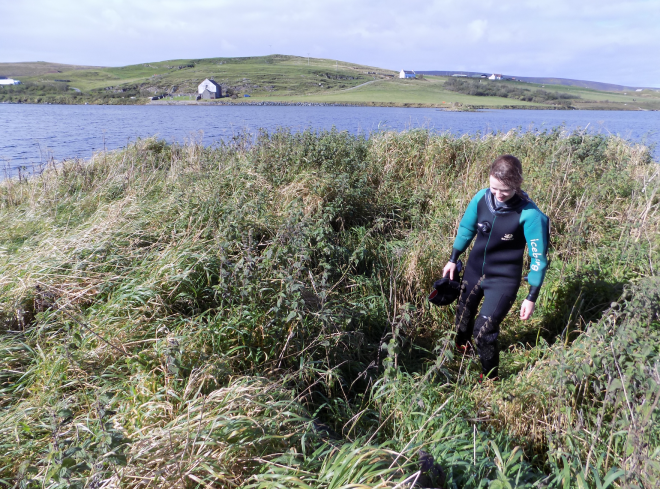 In the middle of the island is a small circular depression (pictured left) about 4m across that presumably represents internal space within this large structure. On the west side of the island, and most exposed to the weather, there appears to be some active erosion, although the rate and extent of this is difficult to know as there is no baseline of information with which to compare.

Bedrock can be seen at the edges of the island, so it is clear that this islet is not completely artificial, however, it seems likely that a significant portion of the current islet underwater is composed of material transported to the site. While not a crannog in the classic sense, it may well prove that sites like this newly discovered site are assuming similar roles as crannogs in Iron Age Scotland.

‘For this reason, it represents a foil to studies of mainland crannogs (such as the main focus of my PhD research), and hopefully will help break down our archaeological terminology and definitions and peer into an understanding of what monumental domestic architecture meant to the people of Iron Age Scotland.’

For more on Michael’s broch research, visit his blog.