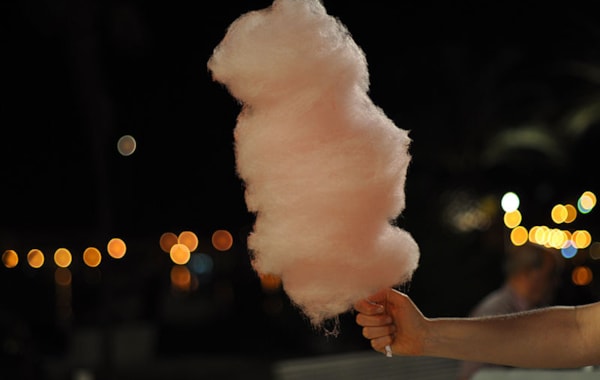 Anne Pack recalls the annual excitement of the Jooley Fair coming to Kinross in the Sixties and Seventies.

Anne Park recalls the annual excitement of the Jooley Fair coming to Kinross in the Sixties and Seventies.

The sweet scent of freshly mown grass in my nostrils never fails to transports my mind back to a special event in my childhood for which I have the fondest memories. Throughout the 1960s and 70s The Jooley Fair took place in my home town, Kinross, over the last weekend in July – hence the name – and was eagerly anticipated by old and young.

‘The Jooley Fair’s coming.’ The mantra spread quickly after the first sighting of the Council grass cutter in Market Park, a sure sign that any day a posse of caravans and big transporters would trundle up the High Street. Not wishing to miss one moment of the excitement my friends and I would congregate after school at the perimeter wall opposite the Green Hotel to watch the garish cargo being unloaded. Side-stalls and rides came together before our eyes like giant pieces of Lego as we giggled and blushed when the handsome fairground boys winked in our direction.  At the same time we’d plan which rides we’d go on in order to eke out our saved pocket money and anything we’d earned at the berry picking.

Saturday night was the most popular when whole families turned out and people from outlying villages poured into the town. People jostled each other in good humour as they moved between rides to join yet another queue for the waltzers, dodgems, chair-o-planes or swing boats. My personal favourite was the dive bombers, which twisted and turned then swooped and dived at terrifying speed just missing the ground by inches. We’d scream till we were hoarse as our hair flew in every direction and the skin on our faces was pulled back. Off-key music blared out from each ride, fed by generators humming in the background like the drone of a bagpipe.

My heart would swell with pride as I watched my dad put his shooting skills to the test at the rifle range, unaware at the time that failure was inevitable. The rifle was chained to the counter and the small pellets wouldn’t dent butter let alone fell plastic ducks.

There was never enough money to do everything we wanted to, even after we’d scoured the grass for coins that had fallen out of upturned pockets from the rides. But half the fun was watching others answer the call to, ‘roll up and have a go,’ at anything from landing three darts on a playing card to popping a ping pong ball in a goldfish bowl.

I could never decide which I liked best, toffee apples or candyfloss but for entertainment value candyfloss won hands down. The making of it was a miracle to me. A few ingredients were tossed into a machine reminiscent of a spin dryer and a long wooden stick emerged with what looked like a bright pink beehive hairdo. Seriously sticky, it was impossible to eat without getting it on your fingers, up your nose and in your hair.

Then just as quickly as the fair arrived it left, leaving us youngsters deflated. By Monday, Market Park was empty and the only evidence that there had been a weekend of fun was the ruts gouged out by the heavy vehicles. In time they would be covered over in grass and weeds, and another year would pass before any attention was paid to it.

In the meantime we had our memories which would keep us over winter until we were counting the weeks until the next fair and seduction of the highest order, by glitter, flashing lights, dodgy microphones and supersonic speeds.

The Jooley Fair petered out in the late 1970s but it still has the power to assault my senses. All it takes is a whiff of freshly mown grass.