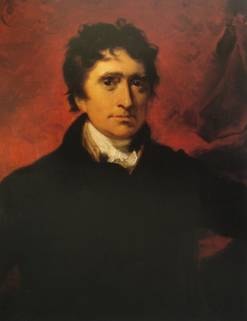 Thomas Lord Erskine, the Scottish advocate who gained fame through representing clients accused of corruption and treason, was born on 10 January 1750 in an Edinburgh tenement. Erskine was the third son of an impoverished but noble Edinburgh family, and began his career as a midshipman.

After entering the legal profession, he made his name by defending clients accused of crimes such as treason and corruption. One of his most famous cases was the defence of Queen Caroline during attempts by her husband King George IV to strip her of her royal titles and status. He also defended Lord George Gordon against a charge of treason following the anti-Catholic riots of 1780. Gordon was acquitted, cementing Erskine's reputation as one of the country's finest lawyers.

One of his few misjudged cases was that of the defence of Thomas Paine, who had been charged with libel after the publication of part two of The Rights of Man. Paine's defence failed and the case cost Erskine his position as attorney general to the Prince of Wales.