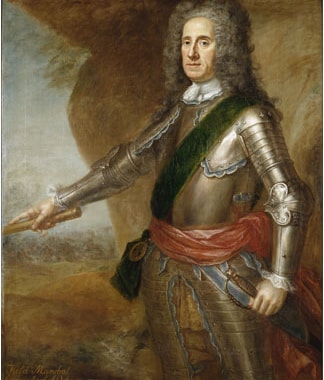 George Douglas Hamilton, the first British army officer to be promoted to Field Marshal, was born on 9 February 1666. ...

Hamilton was the first British officer to be promoted to the rank of Field Marshal and served in many overseas campaigns, including the War of the Spanish Succession and the War of the League of Augsburg. In 1696, he was made a peer when he became Earl of Orkney.