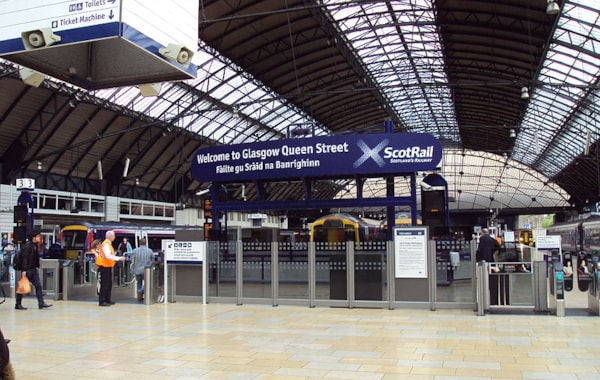 Queen Street Station in Glasgow was officially opened on 18 February 1842. The station, which was built by the Edinburgh and Glasgow Railway, took four years to build and upon completion, provided a vital rail link between Glasgow and Edinburgh.

Prior to 1909, trains approaching the station via the Cowlairs tunnel incline had to be hauled by a rope powered by an engine.

In 1966, the nearby Buchanan Street Station closed as a result of the Beeching cuts and many services were transferred to Queen Street - including trains to Stirling, Perth, Inverness, Dundee and Aberdeen. The station is now the smaller of Glasgow's two train stations - the other being Glasgow Central.