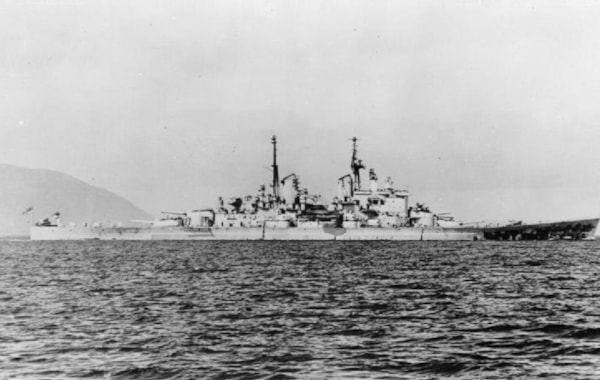 On 25 April 1946 the battleship HMS Vanguard was accepted for sea trials by the Royal Navy. ...

On 25 April 1946, the battleship HMS Vanguard was accepted for sea trials by the Royal Navy. Vanguard was built at John Brown’s shipyard in Clydebank during World War Two, at a time when the British authorities were concerned about being outnumbered by a combined German and Japanese naval fleet.

However, Vanguard never saw wartime service and instead was used to take King George VI on a post-war tour of South Africa and later, the flagship of the Home Fleet Training Squadron. She was sold for scrap in the 1950s and finally broken up in 1960.