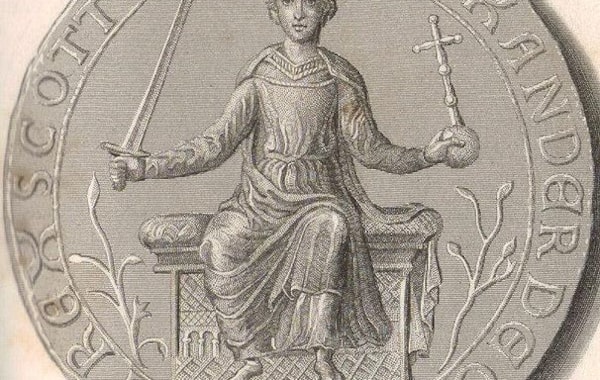 King Alexander II of Scotland was born on 24 August 1198 at Haddington in East Lothian. Alexander was the only son of William the Lion and succeeded his father to the throne at the age of sixteen. He was crowned at Scone on 6 December 1214, two days after the death of William.

Alexander II is the only reigning Scottish monarch known to have taken a military force down to England's south coast, when he marched south to aid English rebels against King John of England. After the death of King John, ties between England and Scotland were further strengthened when Alexander married Joan, the sister of England's King Henry III, in 1221.

Alexander died on 6 July 1249 at the age of fifty and was buried at Melrose Abbey.