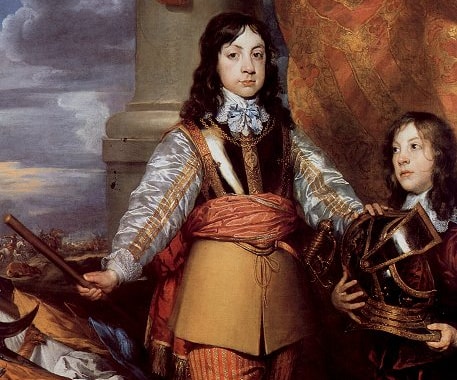 On 29 May 1630, King Charles II was born at St James's Palace in London, the eldest surviving child of King Charles I and his wife Henrietta Maria.

Charles was brought up by Lady Mary Dorset, the wife of a leading Protestant nobleman, and his childhood and teenage years were marked by the struggles of his father Charles I to hold the throne. The young Charles accompanied his father to the Battle of Edgehill and in 1645, was given the honorary title of commander of the West Country forces.