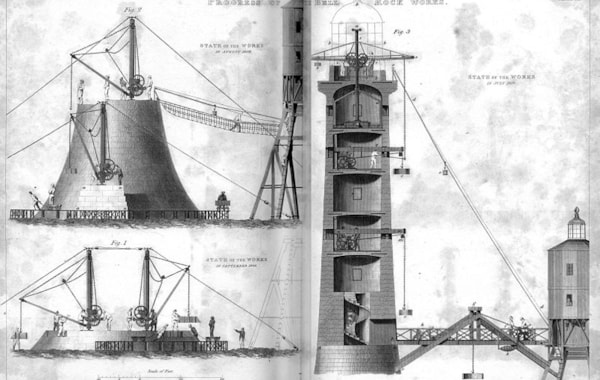 Stevenson worked ably alongside Smith and at the age of nineteen, was entrusted with designing a lighthouse at Little Cumbrae. For the next few months, he worked on lighthouses in the summer and during the winter months, expanded his engineering knowledge with a programme of study he created for himself.

Stevenson was an engineer for the Northern Lighthouse Board for almost fifty years and three of his sons (David, Alan and Thomas) followed him into the profession, with his daughter writing an illustrated account of the building of the Bell Rock Lighthouse.

The Lighthouse Stevensons by Bella Bathurst