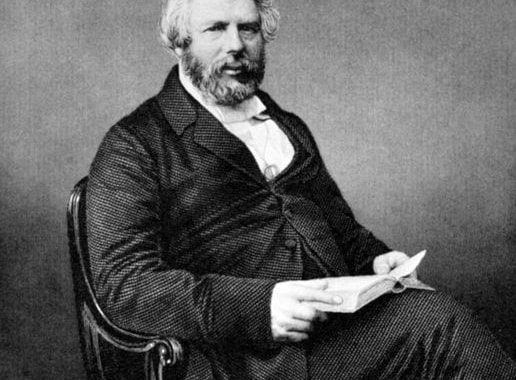 Scottish publisher Robert Chambers, the author of the controversial Vestiges of the Natural History of Creation, was born on 10 July 1802. ...

Scottish publisher and author Robert Chambers was born on 10 July 1802 in Peebles. Chambers was an author and naturalist who co-founded the publishing firm W&R Chambers. He wrote the book Vestiges of the Natural History of Creation whose theories were so controversial for the times that its authorship wasn't revealed until after Chamber's death.

Chambers had an early love of books - he borrowed volumes from a circulating library in Peebles and was inspired by discovering volumes of the Encyclopaedia Britannica in the attic of the family home. By the age of sixteen, he had his own book stall in Edinburgh and inspired by its success, joined forces with his brother (who published books and pamphlets) to form the company W&R Chambers Publishers.

In 1832, the brothers began to publish Chambers's Edinburgh Journal which gained a loyal following, increasing the success of W&R Chambers and allowing Robert Chambers to indulge his love of geography and geology, publishing books such as Ancient Sea Margins and Tracings of the North of Europe.

Robert Chambers died in 1871 and is buried in St Andrews.