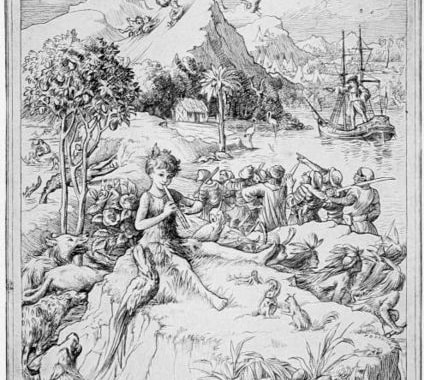 Peter Llewelyn Davies, the boy who inspired J M Barrie to create his Peter Pan character, was born on 25 February 1897.

On 25 February 1897, Peter Llewelyn Davies, the boy who inspired J M Barrie's Peter Pan character was born in London. Barrie first met Peter and his brothers in a London park, where the boys were regularly taken by their nanny.

The Peter Pan connection was to stay with Llewelyn Davies throughout his life and was often a source of unhappiness to him. On one occasion, he called Peter Pan 'that terrible masterpiece'. He died in 1960 after falling under a train in London, with the coroner ruling that he had killed himself 'while the balance of his mind was disturbed'.