Philanthropist Andrew Carnegie died - On this day in history 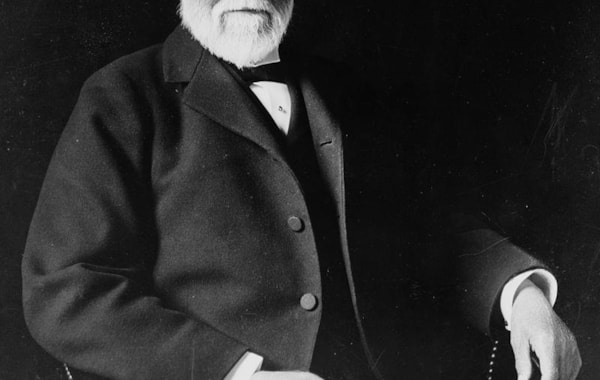 Steel magnate and philanthropist Andrew Carnegie died on 11 August 1919 of pneumonia. Carnegie was a self-made businessman who emigrated to America from Dunfermline at the age of thirteen. He worked his way up from a factory bobbin boy to become one of the world's richest men and a huge supporter of charities.

Carnegie was founder of the Carnegie Steel Company which merged to become US Steel; with his resulting wealth enabling him to create many charitable foundations including the Carnegie Corporation of New York and the Carnegie Endowment for International Peace.

In the years leading up to his death, Carnegie had begun to distribute his wealth to good causes, giving away over $350 million to foundations and charities across America, promoting his belief that 'a man who dies rich dies disgraced'. He is buried at Sleepy Hollow Cemetery in New York.