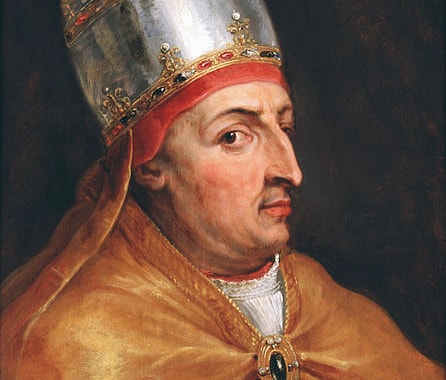 On 7 January 1451, Pope Nicholas V issued a papal bull to found the University of Glasgow, making it the fourth oldest English-speaking university in the world. The university actually received its official papers later that year, in June 1451. The papal bull was lost to the university when it was taken to France in the mid sixteenth century during a time of political upheaval, and it has never been recovered.

King James II had requested that the university be built and it became Scotland's second university, after St Andrews, which had been founded forty years earlier.

The first students were taught in Glasgow Cathedral chapterhouse, later moving into the Auld Pedagogy building at Rottenrow, before Mary Queen of Scots granted the university purpose built accommodation in 1563, on land which had belonged to the Black Friars.