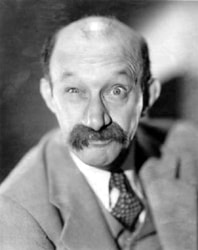 Scottish actor James Finlayson died on 9 October 1953 at the age of 66. Finlayson was born in Larbert in 1887 and emigrated to the USA at the age of 24 in 1911, with his brother Robert. Finlayson arrived in Los Angeles in 1916 and worked at the Thomas Ince Studios, before finding work with the Hal Roach Studios, with whom he would make his name. Here, he worked alongside Stan Laurel and Oliver Hardy and developed his own persona, with a trademark moustache and catchline 'Dohhhhhh!'.

QUICK LINK: The life of Mary Queen of Scots on film