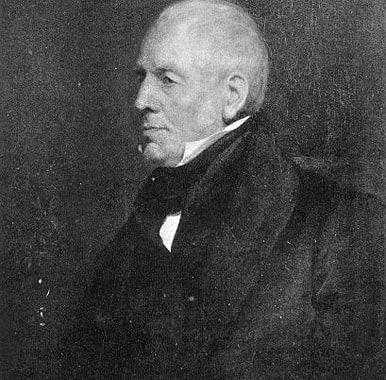 Scottish botanist and surgeon Archibald Menzies was born on 15 March 1754. ...

Scottish surgeon and botanist Archibald Menzies was born in Weem, Perthshire, on 15 March 1754. Menzies was a surgeon who made his living by providing medical assistance on board exploration and military ships. He served on The Prince of Wales in 1786, a fur trading ship, and later acted as surgeon on board The Princess Royal, which explored North America.

When visiting other countries, Menzies was able to indulge his passion for collecting and distributing seeds. Whilst wintering in Hawaii with the Discovery, he scattered fruit seeds he'd gathered in South Africa, so that future sailors would be able to stock up on fruit whilst on the island. He also took Chile Pine seeds which were presented to him as part of a dessert dish when dining with the governor of Chile and on his return to Britain, managed to grow five plants from the seeds.

In 1799, Menzies received an MD degree from the University of Aberdeen and practised medicine in London.