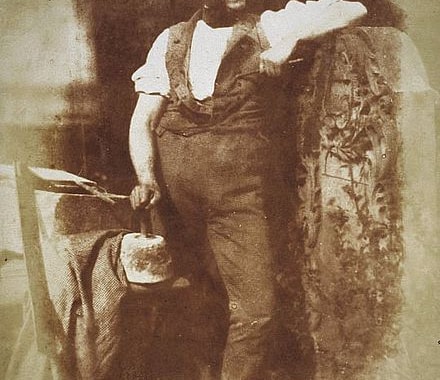 Scottish geologist and author Hugh Miller was born on 10 October 1802. ...

Scottish geologist and author Hugh Miller was born on 10 October 1802 in Cromarty. Miller's interest in the natural world came about through his love of walking and his work in a quarry - both of which caused him to take an interest in the rock formations of the countryside around him.

Miller became a published writer at the age of 27, with his first volume of poems, followed by Scenes and Legends in the North of Scotland, published in 1837.

Miller disputed evolution theories and argued that all species were the work of a creator and described in the Bible - with the formation of rocks beginning at the same time as the events described in Bible's Book of Genesis and the creation of the world.

He discovered several species of Silurian sea scorpions including the genus Hughmilleria and discovered many fishes of the Devonian era. He is the author of The Old Red Sandstone (1841), Footprints of the Creator (1850) and The Testimony of the Rocks (1856).

Miller died in 1856 at the age of 54 and his former home in Cromarty is now Hugh Miller's Birthplace Cottage and Museum, run by the National Trust for Scotland.

YOU MIGHT ALSO ENJOY: An expert guide to walking the Angus glens