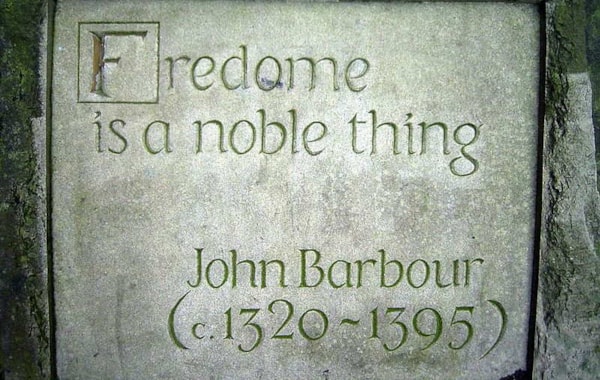 Scottish poet John Barbour, author of the epic work The Brus died on 13 March 1395. Barbour was one of the first authors to write in Scots and whilst under the protection of Robert II, he composed The Brus, which told the story of the Scottish Wars of Independence and celebrated Robert the Bruce as a hero. He was paid £10 and a life pension of twenty shillings a year for the work.

Barbour died at the age of around 75 (his actual year of birth is unknown but was around 1320). Before his death, he’d paid for masses to be said for his soul and the souls of his parents, an instruction which was carried out until the Reformation.