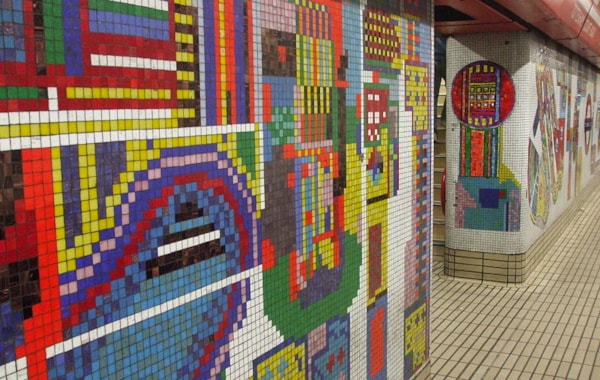 On 7 March 1924, Scottish sculptor Sir Eduardo Paolozzi was born in Leith. Paolozzi was the son of Italian immigrants and at the age of sixteen, was interned along with other male members of his family at the outbreak of World War Two. His father, grandfather and uncle were all killed in the sinking of the Andorra Star, the ship taking them to Canada.

During the war, Paolozzi studied at the Edinburgh College of Art and spent three years in Paris in the aftermath of World War Two, a period which was to influence his later work. Among his best known works of art are:

Paolozzi received a CBE in 1968 and in 1986, became Her Majesty's Sculptor in Ordinary for Scotland, with a knighthood awarded two years later. He died on 22 April 2005 at the age of 81.

For history, heritage & archaeology news, sign up to the FREE History Scotland newsletter.