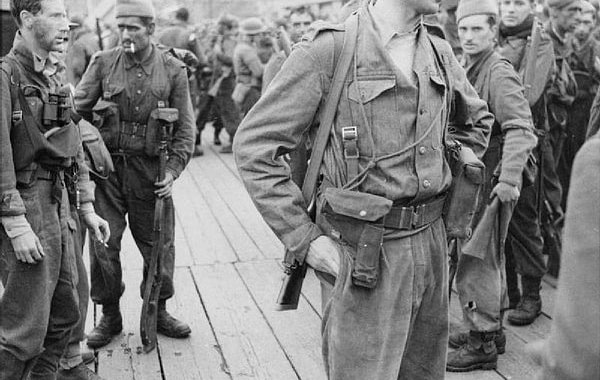 Simon Fraser, the Fifteenth Lord Lovat, chief of Clan Fraser, was born on 9 July 1911 at Beaufort Castle in Inverness. Fraser was a World War Two hero who helped to develop the commandos and was a participant in the D-Day landings, being famously piped ashore by his personal piper Bill Millin, in defiance of War Office regulations.

Fraser saw lots of action with the commandos during World War Two - he was involved in raids in which oil factories were destroyed and also helped to seize Nazi encryption equipment and codebooks, as well as capturing enemy troops. He was awarded the Distinguished Service Order in 1942 for his role in the Dieppe Raid, which ended badly for the Allies, with the loss of around 4,000 troops.

Lovat transferred to the army reserves in 1949 and remained with the army until 1962, by which time he had achieved the honorary rank of brigadier. He died in 1995 at the age of 83 and his piper Bill Millin played at his funeral service.