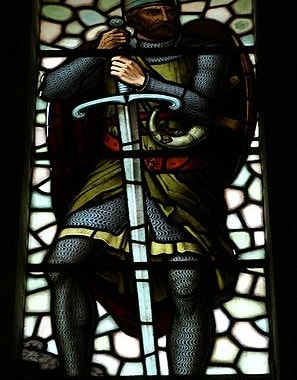 Sir William Wallace was executed on 23 August 1305, in London.

Wallace, a leader in the Wars of Scottish Independence, was captured at Robroyston near Glasgow, eighteen days before his execution, and charged with high treasons and crimes against the citizens of King Edward I of England. Following his trial at Westminster Hall, Wallace was dragged through the streets of London at the back of a horse, then suffered the agonies of being hanged, drawn and quartered.

Wallace's head was displayed atop a pike on London Bridge and his limbs were taken to Perth, Berwick on Tweed, Stirling and Newcastle on Tyne. A plaque at St Bartholomew's Hospital at Smithfield, London, marks the site of Wallace's execution.

The story of the William Wallace sword: