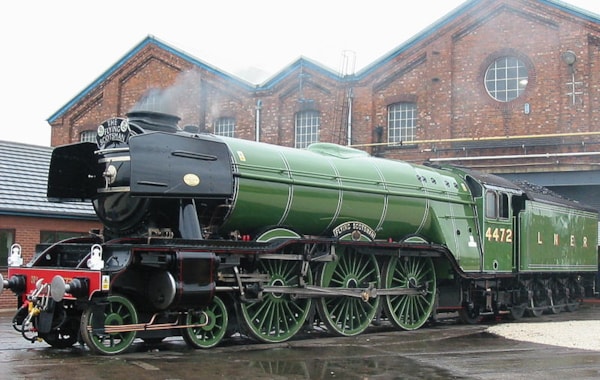 The Flying Scotsman locomotive went into service with the London & North Eastern Railway on 24 February 1923.

The train was built in 1923 at Doncaster Works and was designed by H N Gresley. It hauled the first non-stop London to Edinburgh run on 1 May 1928, travelling the 392 miles in eight hours.