The Kilmarnock Edition was published - On this day in history 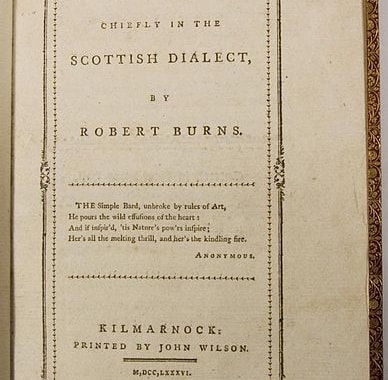 The Kilmarnock Edition by Robert Burns was published on 31 July 1786.

Robert Burns's first collection of poems, The Kilmarnock Edition was published on 31 July 1786. The collection, which is often known as Poems Chiefly in the Scottish Dialect was printed in a run of 612 copies, which retailed at three shillings a copy.

The collection contained a number of works which would make Burns famous, including To a Mouse, Halloween and The Twa Dogs. The entire print run sold out within a month causing Burns to rethink his plans to emigrate and inspiring him instead to move to Edinburgh to try to forge a literary career.