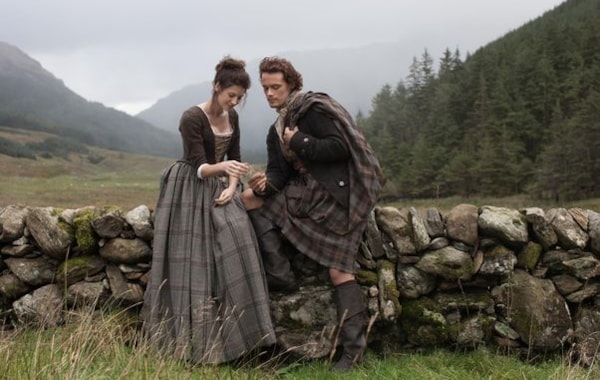 The time-travel series Outlander, inspired by Diana Gabaldon's Outlander novels, has been acquired by More4, with a new series starting on 29 June 2017.

The time-travel series Outlander, inspired by Diana Gabaldon's Outlander novels, has been acquired by More4, with a new series starting on 29 June 2017. To receive history news alerts direct to your in-box, sign up for the History Scotland e-newsletter.

More4 has announced that it has acquired Outlander from Sony Pictures, meaning that a UK audience will now be able to watch the series free of charge. The first season, consisting of 16 episodes, will begin airing later this month on More4.

Outlander - the story so far

The Golden Globe and Emmy-nominated series, which has fans around the world has won a number of awards, including BAFTA Scotland and Critics Choice awards. The series follows the story of Claire Randall (Caitriona Balfe), a married World War Two combat nurse from 1945 who falls back in time to 1743 where she is thrown into an unknown world and her life is threatened.

When she is forced to marry Jamie Fraser (Sam Heughan), a chivalrous and romantic young Scottish warrior, a passionate relationship is ignited that tears Claire’s heart between two vastly different men in two irreconcilable lives.

The series has brought Scotland's history to a new audience, with Outlander fans travelling around the Scottish Highlands to visit different places associated with the series, including Culloden battlefield, the Wardlaw Mausoleum and the Old High Church - all of which are included in our article on Outlander locations, written by The Inverness Outlanders.