Philip Stead presents findings from a research project that investigated the degree of relationship between Clan Forbes members and the Forbes Chieftain lineage.

The Clan Forbes Family History Project was run by the author Philip Stead, a postgraduate researcher on his final year of the Genealogical Studies programme within the Centre for Lifelong Learning at the University of Strathclyde, and partly funded by the Clan Forbes Society. I have now completed my findings on the degree of relationship between Clan Forbes members and the Forbes Chieftain lineage, which I will explore here. 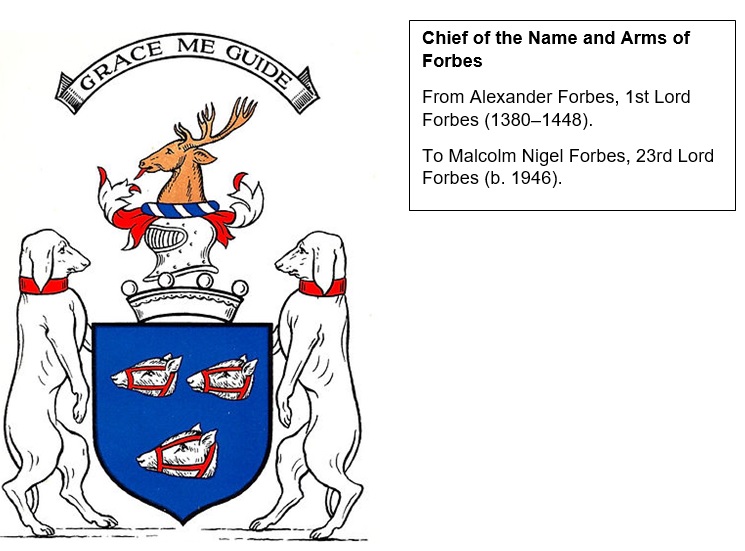 The study utilised the BigY700 data (a male specific test) of project members of the Forbes Family Tree DNA (FTDNA) project with the surname Forbes or spelling variation. The BigY700 test is a Next Generation Sequencing test (NGS) which sequences 23 million base-pairs of the readable Y-chromosome.

The BigY700 test allows scientists to detect single nucleotide polymorphism (SNP) mutations that occur at specific positions of the Y-chromosome, and if two or more individuals share a SNP, the variant becomes a marker that defines a common ancestor via the direct paternal line. Once a SNP occurs in a lineage it will always be inherited by the next generation; therefore, identifying SNPs allows scientist to create a phylogenetic tree and define degrees of relationship between males.

One of the main findings of the study was that a significant Y-chromosome diversity was observed among the male participants with the surname Forbes, plus spelling variants. The results showed that 28% of project members were direct paternal descendants of a Forbes chieftain, and similar findings have been observed in other Scottish clan DNA projects. 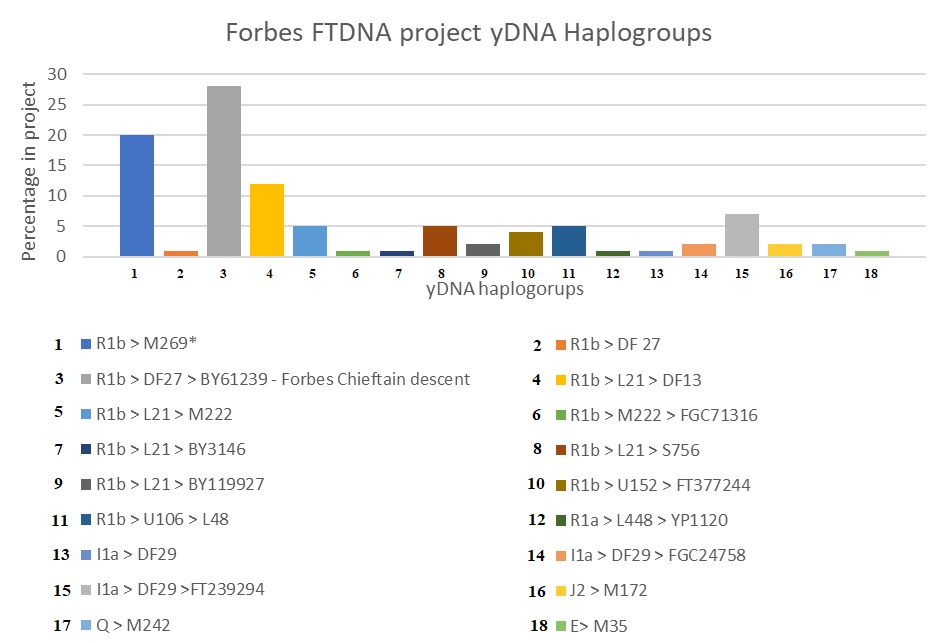 More research is required to explain the significant Y-chromosome diversity observed; however, the likely explanation is that many unrelated males joined a clan and adopted the surname of the clan Chieftain out of fealty. 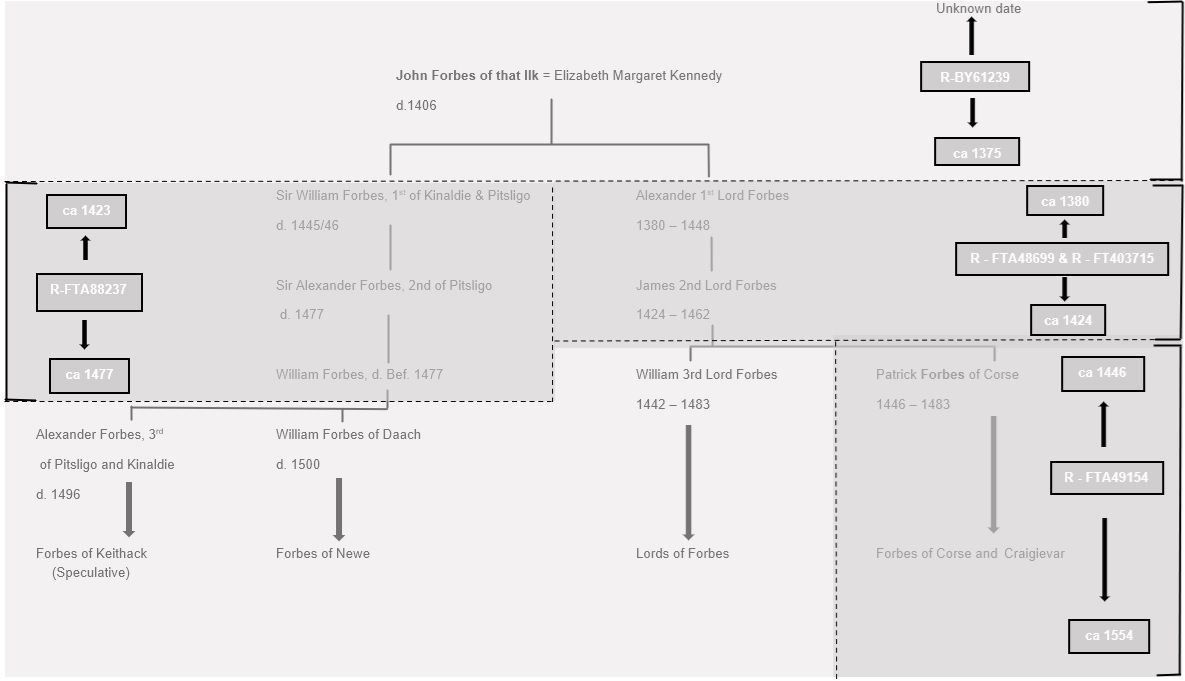 The research identified the multi-generational SNP FTA88237 which occurred in either Sir William Forbes, 1st of Kinaldie & Pitsligo, d.1445; Sir Alexander Forbes, 2nd of Pitsligo, d.1477; William Forbes, d.Bef. 1477, or Alexander Forbes of Pitsligo and Kinaldie, d.1496. Any direct paternal male descendant of Alexander Forbes of Pitsligo and Kinaldie, d.1496 will test positive for the SNP FTA88237. The results concluded that the current Forbes of Newe lineage and those who descend from Bertie Charles Forbes, the founder of the Forbes magazine will test positive for the FTA88237 SNP.

The multi-generational SNPs FTA48699 and FT403715 indicate descendance from Alexander, 1st Lord Forbes (1380-1448) or his son James, 2nd Lord Forbes (1424-1462). The current Lord Forbes tests positive for these two SNPs and so does the participant who descends from the Forbes or Corse and Craigievar cadet branches. The final multi-generational SNP FTA49154 identified in this study likely occurred in Patrick Forbes of Corse (1446-83) or within three generations later than him in David Forbes of Forthirbirss, 1478-1530; Patrick Forbes of Corse, 1516-54; or William Forbes, 4th of Corse, d.1596. Further BigY700 testing of well-documented descendants of Forbes Chieftains will allow researchers to identify more multi-generational SNPs and potentially assign SNPs to a specific progenitor.