The links between Scotland and the USA The links between Scotland and the United States of America are older than the country itself, and Scotland and the USA share a lasting affinity which shapes relations between the two nations, as Doug at Highland Titles explains.

The Historic Background to Links Between Scotland and the USA

A careful examination of a map of the United States can reveal the pattern of settlement and Scottish influence there. There are at least 8 places called Scotland, eight called Edinburgh, and many known as Aberdeen, Glasgows, and other names familiar from a map of Scotland. These places were clearly named for, or by, Scottish settlers and immigrants. The Presbyterian church, brought to the US by Scottish settlers, now has an American community of millions. Scots have shaped the America that we see today in countless ways, just as the US has had a strong cultural influence on modern Scotland.

During the early colonial period, religious and political discord in Scotland encouraged many Scots to seek a new life on America’s eastern seaboard. Many of the issues that encouraged this migration continued into the 18th Century. Once French colonial ambitions had been restrained by the French and Indian Wars, the American interior attracted Scots in considerable numbers to work as traders and trappers (just as in Canada).

After the English Parliament killed Charles I in 1649, his son was proclaimed King of Scotland. Cromwell invaded, defeating Scottish forces at Dunbar. Some of the prisoners taken were sent to New England as forced labour. 150 men sailed on the ship Unity and were sold and taken to work at the Saugus Ironworks at Lyn, or to Berwick in Maine. 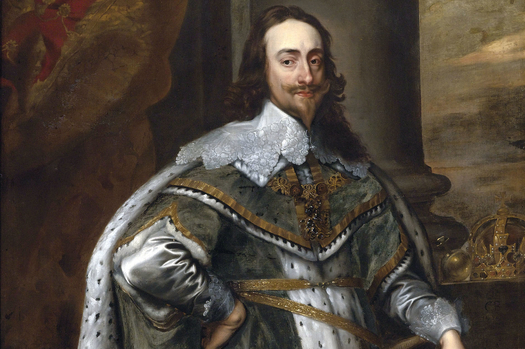 In 1718, waves of emigration saw large numbers of Ulster Scots arrive in Maine. The settlements of Cork and Somersett at Merrymeeting Bay did not survive the near total destruction of the area during Indian attacks of 1722. But those descended from original settlers still live in the area and up until 1760, over thirty communities of Ulster Scots were established along the coast of Maine.

Scots, however continued to migrate to the United States in their droves, and many were influential in religious and educational spheres, in politics, and in trade. Links were particularly strong between the US and Glasgow and the West Coast. This was largely due to access to the Atlantic, and the city’s development as a major importer of tobacco and cotton.

Right through the 19th and 20th Centuries, many Scots went to America to find work and make new lives for themselves.

Famous People That Link Scotland and the USA

Many famous American figures were Scottish or had Scottish ancestry. Nine of the thirteen governors of the original states were Scottish. The Declaration of Independence was printed by John Dunlap, whose ancestors hailed from Ayrshire and a number of Scots added their signatures to that historic document. Since then, there have been no fewer than eleven American presidents who could claim Scottish ancestry. Even that symbol of the USA, ‘Uncle Sam’ is believed to have been based on the Greenock born merchant, Sam Wilson.

Robert Barclay (1648-90) was a key figure of the Quaker movement. He was granted the patent for East Jersey through the future King James VII, along with fellow patentee, the Earl of Perth, who gave his name to the colony’s capital, Perth Amboy. Barclay and his group emigrated to America in 1682, and Barclay became the first governor of the state of New Jersey. 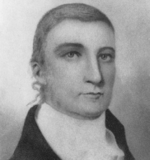 Ninian Beall was one of the soldiers of the Scottish army captured and indentured at the Battle of Dunbar. He was enslaved on Barbados, but on his release in Maryland, became commander of Lord Baltimore’s ‘vessel of warr’, a Deputy-Surveyor, and Commander in Chief of His Majesty’s forces for the county. He brought in numerous Scottish immigrants, many of whom settled in the area. Beall owned the land which later became Georgetown, and ten plantations with distinctly Scottish names. 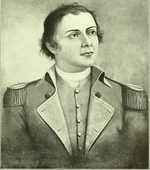 Born in Scotland in 1726, Hugh Mercer was a fugitive, who served as an assistant surgeon for the Jacobites. Eventually, he escaped to America and settled in Fredericksburg, Virginia, where he befriended George Washington. He served in the British Army but then, in the Revolutionary War, joined the revolutionaries and was appointed Brigadier General of the Armies of the United States in 1776. He was killed a few days after Trenton – having been mistaken for George Washington. His descendants include General George Patton and the songwriter Johnny Mercer. 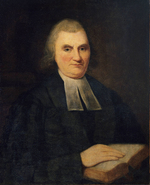 John Witherspoon (1723-1794) was born in East Lothian and studied at St Andrews and Edinburgh. He became a Church minister and received a number of invitations to go to America before taking up the post as President of the College of New Jersey (later Princeton University) and moving to America in 1768. He was a key figure in establishing the US Presbyterian Church, and, having supported the Revolutionary cause, signed the Declaration of Independence and helped to draft the Articles of Confederation. He is an ancestor of the actress Reese Witherspoon. 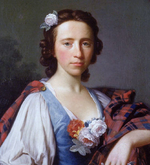 Flora MacDonald is surely one of the most famous names in Scottish history. She is immortalised in the Skye Boat Song, and known for her heroic support of Bonnie Prince Charlie when she rowed him to safety disguised as her maid Betty Burke. It is less well known that four years later, she married an army officer, Allan MacDonald. In 1774 they moved to North Carolina. MacDonald fought in the Revolutionary War for the 84th Regiment. Flora then returned to Scotland in 1779 and is buried on Skye.

William McIntosh (1775-1825), also known as Taskanugi Hatke (White Warrior) was a chief of the Creek Nation. He had a Scots-American father and a Creek mother. McIntosh worked to improve a roadway through Alabama and Georgia and the trail is still known by his name today.

Born in Turkey Town to a Scottish father and a Scots-Cherokee mother, John Ross, also known as Guwisguwi (Little White Bird) was principle chief of the Cherokee. He founded Ross’ Landing on the Tennessee River in 1816 and served as a representative of the Cherokee in Washington. His attempts to protect the Cherokee were ultimately unsuccessful and he, along with thousands of other Cherokee, migrated along the Trail of Tears. 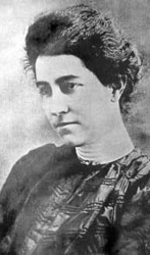 Donaldina Cameron moved to California with her family as a child, in 1874. She began to volunteer at the Presbyterian Mission House in San Francisco’s Chinatown. Chinese girls were rescued here from slavery and abuse. Donaldina was personally involved in the rescue of nearly 3,000 girls before she retired in 1934, helping to collapse the Chinese slave trade in the US.

Current trade between Scotland and the USA

Scotland sold £5,545 million of exports to the USA in 2017 and was the top international export market for the country. Top export sectors were in engineering and advanced manufacturing, food and drink, business and financial services, technology, digital and media, and energy. Goods and services exported to the US from Scotland accounted for 17.1% of Scotland’s total international exports.

The US is also Scotland’s biggest source of inward investment. There are over 550 US-owned enterprises operating in Scotland. They employ over 100,000 people and generate a turnover of £33,749 billion.

A Scottish Affairs Office operates out of the British Embassy in Washington DC, and Scottish Development International also has offices in Boston, Chicago, Houston and San Jose. There are also 191 GlobalScots in the USA which cover a wide variety of sectors.

Of course, many more modern celebrities also link Scotland and the USA. Famous musician Johnny Cash traced his ancestry to Fife, and Elvis Presley may have had ancestral ties in Aberdeenshire. Scottish actor Ewan McGregor lives in LA, and a number of other Scottish film and television stars also live in the US. These are just a few of many, many examples that could be given.

Educational and cultural links between Scotland and the USA

There are also a huge range of educational links between Scotland and the USA. The USA is Scotland’s tip global collaborator in research. Harvard University, in particular, has strong links with Scottish institutions. It is the top single institution worldwide for academic collaboration with Scottish Universities. Thousands of American students study in Scotland, and many Scots attend US Universities as well.

Culturally, the Scottish diaspora in Scotland are keen to hang onto their Scottish roots, and have a fondness for traditional Scottish drinks, food, pastimes and pursuits. At the national level, dating back to the mid-1970s, there is The Scottish Coalition, USA. This is a loose consortium of seven heritage-oriented national organisations which are not-for-profit charitable organisation. These include the American-Scottish Foundation (ASF), the Caledonian Foundation, Scottish Heritage USA (SHUSA), the Living Legacy of Scotland, the Scottish-American Military Society (SAMS), the Association of Scottish Games & Festivals (ASGF) and the Council of Scottish Clans & Associations (COSCA). 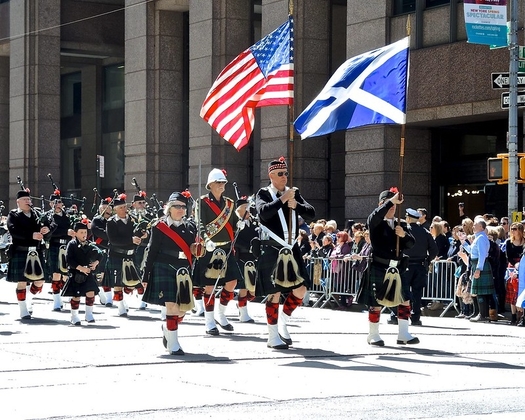 St Andrews Societies operate in many cities and towns across the US, alongside other Caledonian Clubs and Robert Burns Societies. Some of these societies date back as far as the mid 19th Century. There are also Friends of Scotland Caucuses in both the US Senate and the US House of Representatives. They host visits from Scottish MPs and MSPs and sometimes send their own delegations to Scotland.

Senate Resolution 155 declared April 6th as ‘Tartan Day’, which is a day of celebration that honours the role that Scottish Americans played in the founding of the Nation. Perhaps it could be argued that Scottish-Americans in the US are more zealous about preserving Scottish culture and tradition than the Scots in Scotland themselves.

Brought to you by Highland Titles

Highland Titles’ mission is to conserve Scotland, one square foot at a time™. By selling souvenir plots of land, they are funding their Nature Reserves and conservation projects. Join them and become a Lord, Lady or Laird* of Glencoe!

* You obtain a personal right to a souvenir plot of land. This is a form of heritable property that you can pass on to future generations. Highland Titles remains as the registered landowner and manages the land on your behalf.