Archaeologists to attempt to locate site of 7th-century Coldingham Monastery 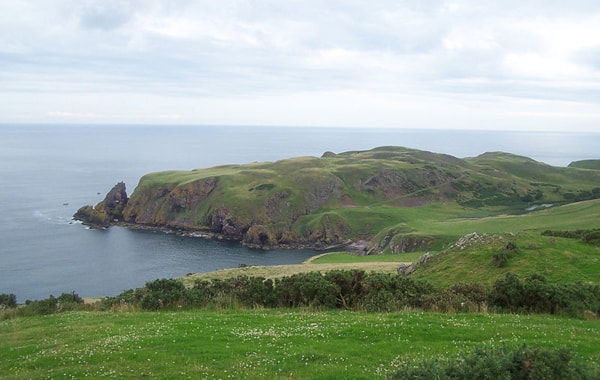 An archaeological dig to locate and investigate the remains of Coldingham Monastery, founded in 640AD by Princess Aebbe and subsequently burned down in a Viking attack, will take place in June 2018.

An archaeological dig to locate and investigate the remains of Coldingham Monastery, founded in 640AD by Princess Aebbe and subsequently burned down in a Viking attack, will take place in June 2018.

The project is headed by DigVentures, who carried out a test dig in the summer of 2017, which confirmed that there are traces of walls, ditches, animal bones and pottery. Since preservation conditions at the site are good, the team hope that further investigations will 'very likely' uncover evidence of the monastery, which was destroyed in a Viking raid in 870AD.

Princess Aebbe was the sister of King Oswald, who founded the monastery at Lindisfarne, forty miles down the coast from Coldingham. The historical records which survive tell us that Aebbe was an influential figure who introduced Christianity to Scotland’s east coast.

The monastery was located at St Abb’s Head near Coldingham and was surrounded by a deep trench and high palisade. The site was home to both monks and nuns – many of whom were the younger offspring of the Anglo-Saxon aristocracy. The monastery burnt down shortly after Aebbe's death and was rebuilt, only be destroyed in a Viking attack in 870AD.

What do archaeologists hope to discover?

DigVentures hope to raise £10,000 to help plan the dig, carry out the excavations, analyse the results and make them freely available online. To make a donation to the crowd funder, visit the DigVentures website.