Archaeologists to search for 'lost' monastery at Coldingham this summer 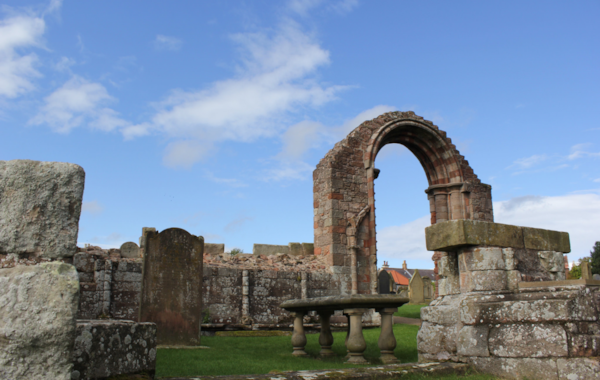 A team of archaeologists are to begin searching for the ancient monastery established by King Oswald’s sister near Coldingham almost 1,400 years ago.

A team of archaeologists are to begin searching for the ancient monastery established by King Oswald’s sister near Coldingham.

Somewhere near the village of Coldingham in Berwickshire lie the remains of an ancient monastery founded by Princess Æbbe nearly 1,400 years ago. Its location has eluded archaeologists for decades, but now a team armed with new evidence is asking for help from the public to reignite the search.

Oswald is perhaps best known as the King of Northumbria who returned from exile to reclaim the family throne and founded a small monastery on Lindisfarne in AD 635. Famous for being where the place where the Lindisfarne Gospels were created, and the first place in the British Isles to be targeted by the Vikings, the monastery is now one of England’s best known historic sites

Meanwhile, the monastery at Coldingham founded by his sister Æbbe remains much less well known. Now separated by a border, they were once part of the same kingdom, and both were influential in the spread of early medieval Christianity.

Revealing Æbbe’s side of the story

DigVentures archaeologist Brendon Wilkins explained the background to the dig, which will start later this month: 'Despite Coldingham’s significance, compared to Lindisfarne, much less is known about it. This project aims to change that and reveal Æbbe’s side of the story in Scotland.

'Although previous attempts to locate the remains of the original monastery based on historical sources have come up largely empty handed, we’re working with a new set of geophysics results that have revealed a number of possible Anglo-Saxon structures at a slightly different location. Now, we just need to excavate and see if it’s really there.'

Historical sources indicate that Æbbe’s monastery burnt down soon after she died, was abandoned for a short while, rebuilt and continued to thrive until AD 870 when it was destroyed once and for all by a devastating Viking attack – just like Oswald’s Lindisfarne. The team ran a small trial excavation in November, and collaborated with the community to help decide where to dig during the upcoming excavation.

The project has already received some support from the Heritage Lottery Fund to enable a programme for local schools and people in the area. DigVentures is now inviting anyone interested in helping to unearth Coldingham’s history to join the excavation. Details can be found on the DigVentures website.