Bronze Age people lived on and visited the Isle of Staffa, new archaeological finds have revealed 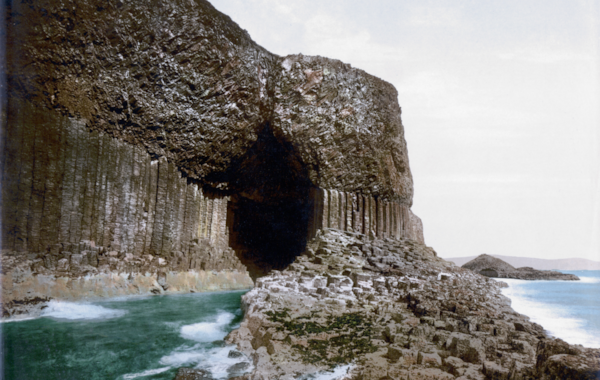 A team of archaeologists working with conservation charity the National Trust for Scotland have discovered the first clear evidence for human activity during the Bronze Age on the Hebridean island of Staffa, where the world-famous Fingal's Cave is located.

A team of archaeologists working with conservation charity the National Trust for Scotland have discovered the first clear evidence for human activity during the Bronze Age on the Hebridean island of Staffa, where the world-famous Fingal's Cave (pictured here in the late 19th century) is located.

The Isle of Staffa is one of Scotland’s most significant heritage sites. Upon its ‘discovery’ by Joseph Banks in 1772, it quickly became established as an early tourist destination and has been an inspiration to some of Europe’s most important cultural figures, including Wordsworth, Mendelssohn, Turner, Verne and Hogg (the last two compared the cave to a giant harp).

Intense interest in Staffa during the 18th and 19th centuries arose from romantic conceptions of the past, the geological oddity of its columnar basalt formations and the wealth of folklore and oral tradition focussed on the island, including the tales of Fionn mac Cumhaill, a hunter-warrior in the mythologies of Ireland, Scotland and the Isle of Man.
However, despite Staffa’s prominent position in the romantic imagination, it has remained a largely unknown quantity archaeologically – until now.
What have the archaeological investigations revealed?
During trial investigations in 2016, a small pit feature was uncovered, this contained a single sherd of decorated prehistoric pottery. Last week (August 2018), a larger trench was excavated which revealed the western side of a clear structure defined by a series of ditches and pits cut into a distinctive underlying yellow clay subsoil.
A radiocarbon date for a burnt grain of hulled barley from the 2016 feature (provided by the Scottish Universities Environmental Research Centre SUERC in East Kilbride), indicated that it came from between 1880-1700 BC, which demonstrates that people were visiting, and probably living, on the island in the Middle Bronze Age. Further quantities of distinctive decorated prehistoric pottery were recovered from the feature with this newly discovered Bronze Age date.
Addressing a gap in our knowledge of Staffa
This work was undertaken as part of the Historic Archaeology Research Project, Staffa (HARPS). This project aims to directly address an important gap in our archaeological knowledge of one of Scotland’s best-known maritime landscape features through a combination of archaeological excavation, Reflectance Transformation Imaging, photogrammetric survey and audio programs.
The project is a partnership between the National Trust for Scotland, the Glasgow School of Art’s (GSA) School of Simulation and Visualisation, and the Universities of Glasgow and Stirling, with funding support from the Trust’s London Members’ Centre and the Society of Antiquaries of Scotland. 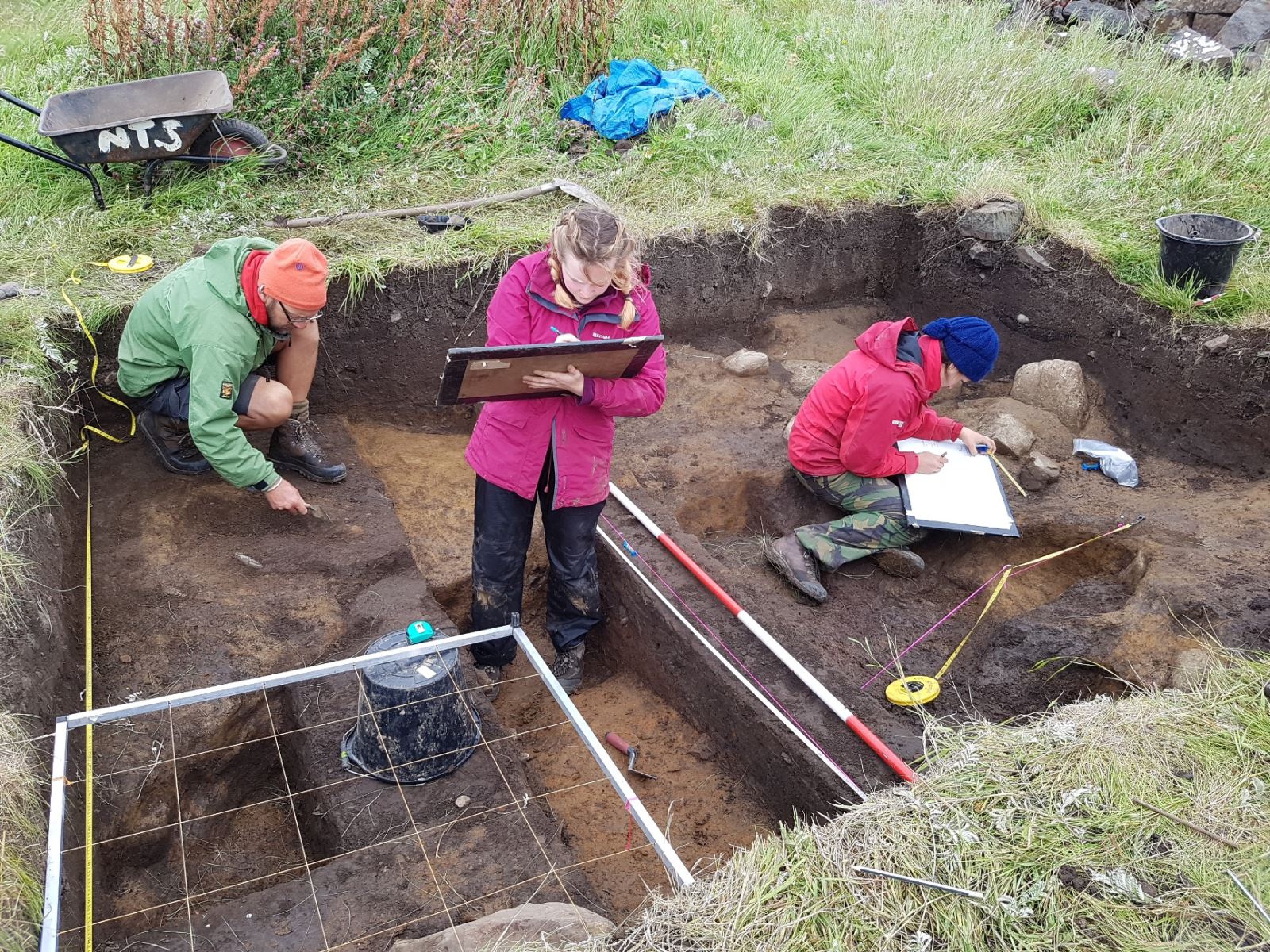 Adding to the jigsaw
Derek Alexander, the National Trust for Scotland’s Head of Archaeological Services said: “This is our fifth season out at the island to investigate its past.  Each time we go there we add another little piece of the jigsaw.
“This is a really significant find.  It seems likely that people in the past were just as curious about their surroundings as we are.  We can only imagine what Bronze Age people may have thought of the geological marvel that is Fingal’s Cave.
“Our next objective is to understand whether this evidence represents domestic occupation on the island or something a bit more ritualistic.”
Significant prehistoric activity
Stuart Jeffrey, Reader in heritage Visualisation at GSA, added: “These finds are really important, enabling us to push our knowledge of human activity on the island back thousands of years.
“The ways in which Staffa has excited the modern creative imagination must surely have had echoes in the past. This new evidence clearly shows significant prehistoric activity on the island and allows us to start thinking about how that activity relates to Staffa’s stunning landscape and geology.
“Being able to unravel the already amazing story of Staffa even further is an exciting and tantalizing prospect. There is a growing archaeological interest in Staffa and the HARPS project supported by presentations at international archaeological conferences in the UK and Germany as well as at the Association of Critical Heritage Studies meeting in China next month.“
Staffa at Sunset video
(archaeology image copyright National Trust for Scotland, Fingal's Cave copyright Library of Congress, LC-DIG-ppmsc-07617)