Archaeologists to investigate ancient rock art, a medieval friary and an 'industrial ghost town' this summer.

Now in its fourth year, the national campaign coordinated by the Society of Antiquaries of Scotland’s Dig It! project will assemble updates and fieldwork events for the public through social media and an online hub that runs to 22 September.

Following two years of pandemic disruption, many fieldwork organisers are finally able to fully open their sites while once again welcoming members of the public with free tours, open days and volunteering opportunities with no experience required.

In Orkney, visitors are welcome to watch archaeology in action at two University of the Highlands and Islands Archaeology Institute excavations over the summer, including the Ness of Brodgar. The entire site will reopen at the 5,000-year-old Neolithic settlement with a full-sized excavation team for the first time since 2019. Experts will also return to Skaill Farmstead on Rousay where a large Norse hall, probably dating to the 10th to 12th centuries AD, was discovered beneath more recent structures in 2019.

In June, the public were invited to test pit around 4,000-year-old rock art in Dumfries & Galloway with Can You Dig It and the Kirkcudbright Rock Art Team, searching for artefacts or structures that might reveal more about these enigmatic markings. 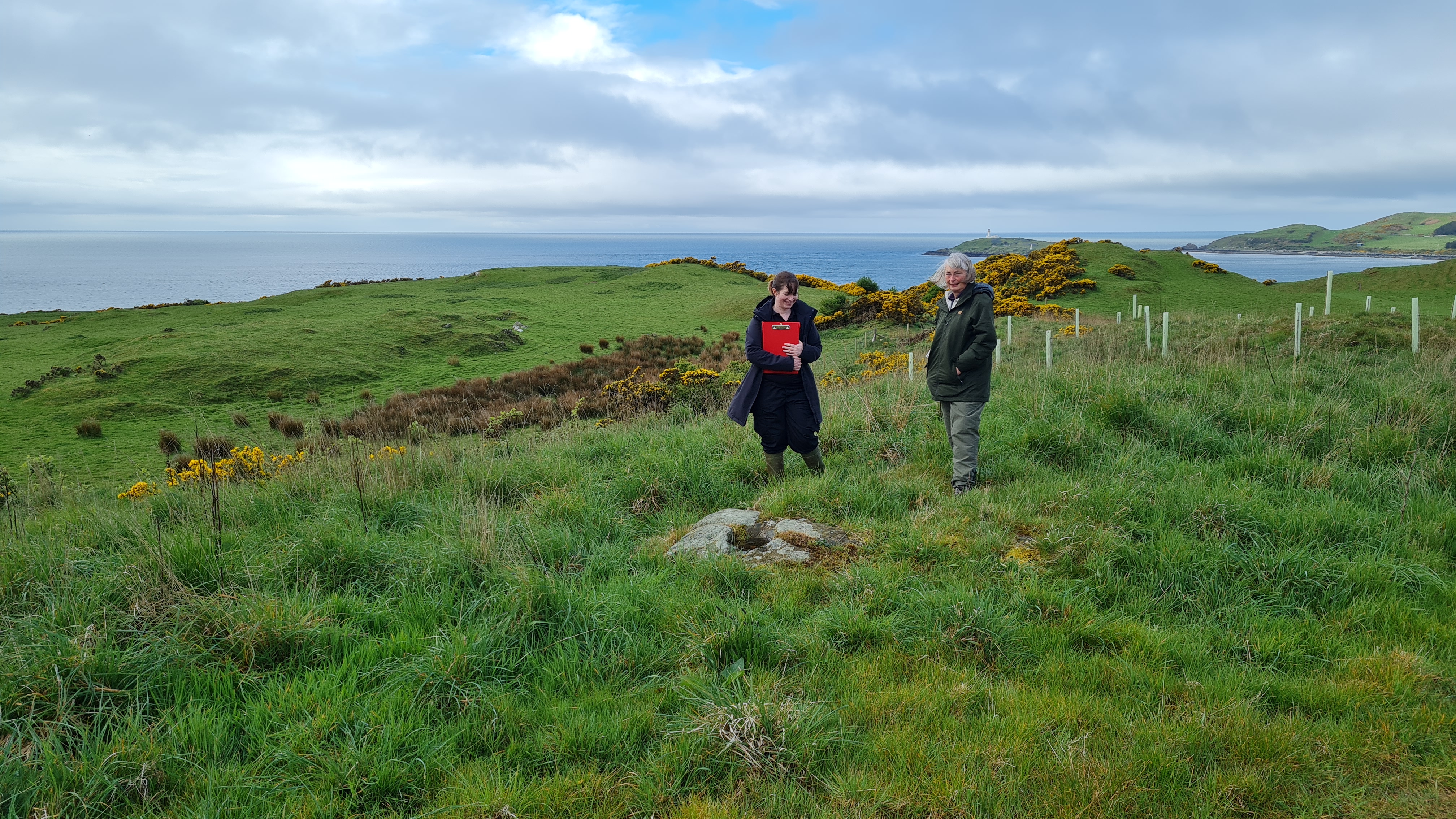 During Scotland Digs 2022,volunteers are invited to excavate around some of Kirkcudbright’s 80 rock art sites, whichdate back over 4,500 years to the Neolithic period (Courtesy of Can You Dig It, Galloway Glens)

In July, the public can help the Saline and District Heritage Society search for evidence of the 16th-century church, and possibly an earlier medieval church, at Saline Old Kirkyard in Fife. At Woodhead Lead Mine in Dumfries & Galloway, volunteers can join Can You Dig It to survey the upstanding ruins of an entire mining village built in the 1830s, known as ‘Scotland’s only example of an industrial ghost town’. Plans are also being finalised for a free fieldwork session led by Archaeology Shetland to record the remains of an 18th-century crofthouse that appears to have been modified from an early Norse longhouse.

Towards the end of the summer, the 1722 Waggonway Project are calling on volunteers to help unearth more of Scotland’s first railway in East Lothian. In the Cairngorms, visitors can watch University College Dublin working at Sgòr an Eoin in Glen Dee on Mar Lodge Estate in Aberdeenshire as they search for more artefacts, dating evidence and possible evidence of structures relating to hunter-gatherers who lived there over 6,000 years ago. More fieldwork events will be announced throughout the summer. 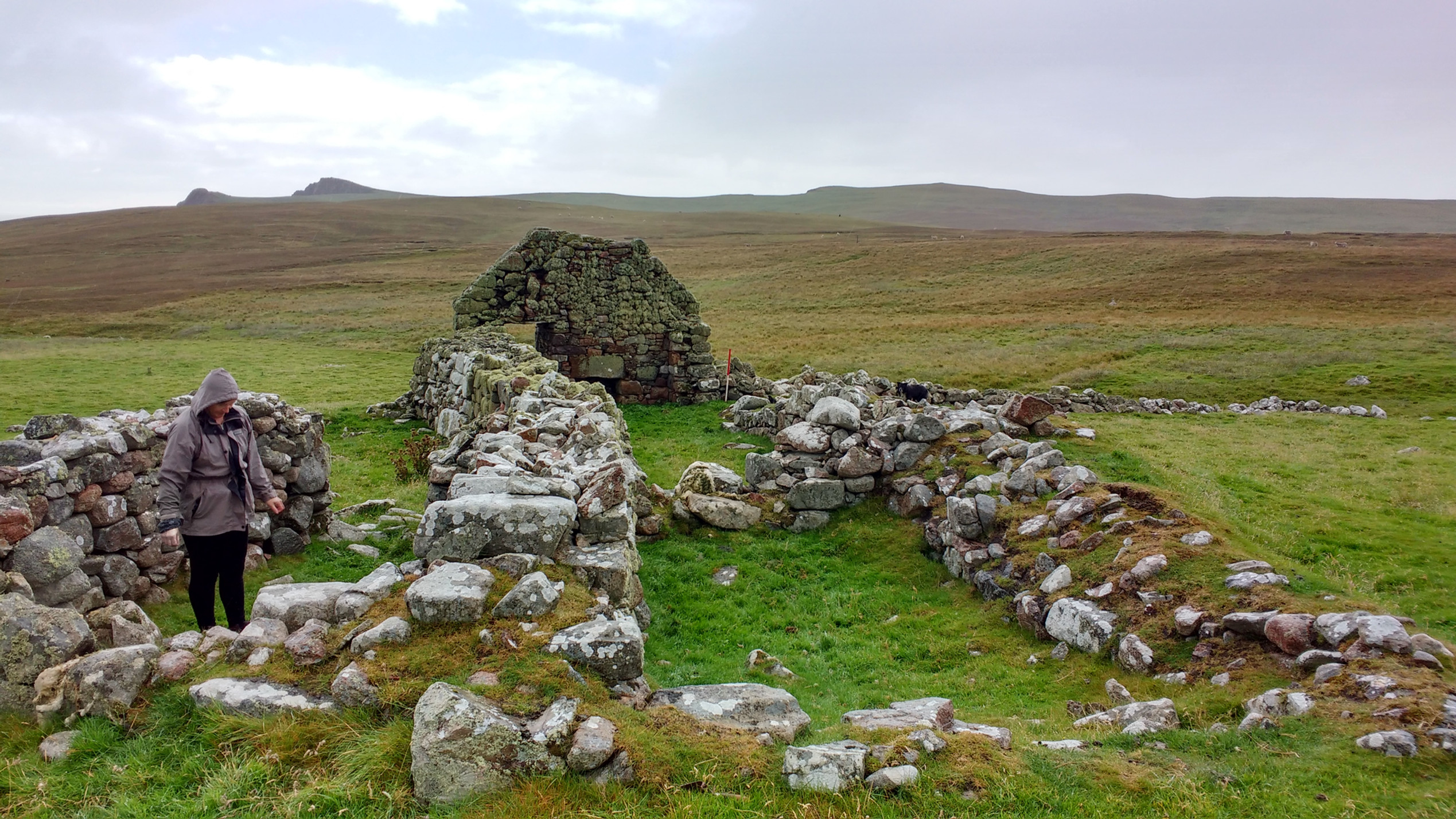 During Scotland Digs 2022, Archaeology Shetland plans to lead a fieldwork session to record the remains of an 18th-century crofthouse that appears to have been modified from an early Norse longhouse (copyright Stephen Jennings)

The Scotland Digs 2022 campaign will also highlight the work of commercial archaeology units such as Archaeological Research Services, who are looking for volunteers to help them explore a 2,500-year-old metalworking settlement near Elgin in Moray. The work of these organisations offsets the impact that development (such as the building of new houses, schools or roads) has on the historic environment.

This year’s campaign features a Climate Action Archaeology theme to highlight archaeology’s connections to climate change. Content will include social media posts about decades-old plastic finds that have barely begun to degrade, sites being threatened by erosion and sea level changes, and more.

Dr Jeff Sanders, Project Manager at the Society of Antiquaries of Scotland’s Dig It! project, said:  “As well as bringing stories from the past to life, archaeology helps us think through pressing issues facing our own society. This year’s campaign will share the excitement of a summer spent unearthing new stories during Scotland’s Year of Stories 2022, while harnessing the imagination this generates to encourage everyone to examine our responses to the climate emergency. From big issues of adaptation to environmental changes to small shifts like choosing sustainable travel options to get to a dig, archaeology can be part of both the conversation and the solution.”

Dig It!, which advertises archaeology events throughout the year, is coordinated by the Society of Antiquaries of Scotland and primarily funded by Historic Environment Scotland.