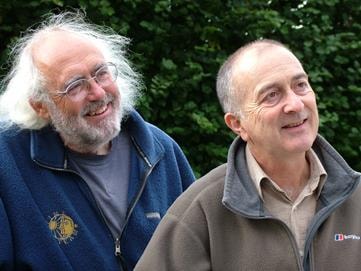 DigVentures, the crowdfunding archaeological social enterprise, confirmed that the festival will feature two days of professional excavations alongside lectures and other activities that can be enjoyed by audiences around the world via the DigNation ‘Virtual Festival’.

The first festival, taking place in September 2018, celebrates the legacy of archaeologist and Time Team presenter Professor Mick Aston. His friend and co-host, Tony Robinson, has helped to create the festival, which has been inspired by Mick’s lifelong mission to 'increase public understanding of archaeology and enable wider participation in the field'.

In addition to the talks programme and dig, there will be a ‘Lab’ full of activities tailored for families, and a Saturday evening keynote lecture by Tony Robinson.

DigVentures has also extended the reach of the festival to audiences unable to make it to Lindisfarne through a virtual festival programme. Engaging armchair archaeologists across the globe, online audiences will be invited to take part through social media, live streaming and specially curated podcasts and video footage from the weekend, with the support of festival media partner Dan Snow and the History Hit channel.

The virtual festival allows participants of all ages and levels of experience to be part of the excitement and fulfils Mick’s aim of widening access to archaeological discovery.

The island of Lindisfarne

The Holy Island of Lindisfarne is renowned for being the site of a major Anglo-Saxon monastery founded by King Oswald in AD635. Abandoned after a series of Viking attacks, its exact location was lost for well over 1,000 years until 2016 when DigVentures discovered new evidence of its whereabouts.

Unearthing important artefacts from the monastery, discoveries included a rare Anglo Saxon grave marker dating back to mid-7th to 8th century AD.
DigNation has been launched for crowdfunding on the DigVentures website, allowing anyone interested in the event to pledge support for the festival.

In return for backing the project, supporters can receive a range of perks, including access to the virtual festival programming, as well as the opportunity to bag one of the limited places to join the team at the conference and dig on Lindisfarne.

Any funding received over the target will be allocated to dig scholarships, archaeological charities supported by Mick, and further work to make archaeology accessible to everyone.

Getting hooked on archaeology

Sir Tony Robinson said: ‘Mick was passionate about archaeology and in getting new audiences hooked on the excitement of a dig, whether by getting their hands dirty in a trench or watching discoveries unfold from the comfort of their own sofa.

'DigVenture’s platform allows audiences from around the world to be part of the action at DigNation in ways that wouldn’t have been possible even a few years ago, and Mick would have loved that.’

For more information, or to purchase tickets, visit the DigNation website.