Large number of finds at battle of Waterloo site in dig led by Professor Tony Pollard, University of Glasgow 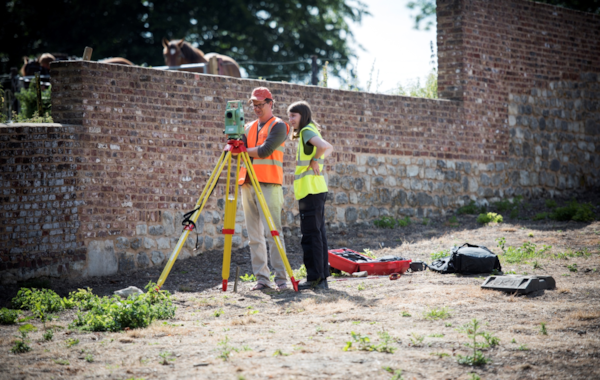 A team working at the Waterloo battlefield in Belgium have uncovered uniform buttons from the Scots Guards and Coldstream Guards, as well as human remains relating to amputations undertaken at a field hospital at the battle site.

A team working at the Waterloo battlefield in Belgium have uncovered uniform buttons from the Scots Guards and Coldstream Guards, as well as human remains relating to amputations undertaken at a field hospital at the battle site.

The Waterloo Uncovered project has seen archaeologists led by Professor Tony Pollard working alongside military veterans to discover the story of the 1815 battle of Waterloo, as told through archaeological finds. Waterloo Uncovered is a charity that 'combines world-class archaeology with veteran care and recovery'.

Reporting from Belgium yesterday (17 July), the team said: looking for evidence for the use of the farm as one of the main field hospitals during the battle of Waterloo. We put trenches in and excavated down to the ground surface below the plough soil, and almost to our surprise, we came up with quite a concentration of musket balls - both Allied musket balls fired by the Brown Bess infantry musket, and the smaller calibre French musket balls. This indicates that there had been a fight here - these aren’t musket balls that have just landed here from some distance away, there had been a fierce fight very close to the farm.

Given that the farm lies about 600m behind the main Allied line, we think that the musket balls relate to a cavalry action - French cavalry must have swept down the hill into the grounds of Mont St Jean, where they were engaged by the defenders, and a firefight developed. The French musket balls were probably fired by carbines - short-barrelled muskets carried by mounted troops. So we’re finding evidence of a previously unknown action at the very doors of the Mont St Jean Field Hospital.

On the basis of that, we’ve expanded our survey up the hill beyond the farm, in the direction of the ridge and the ‘reverse slope’ upon which many British and Allied battalions stood during the battle. We could do this because the crops have been harvested and we can get our teams of metal detectors and surveyors on the hill to do a survey of a critical part of the battlefield. 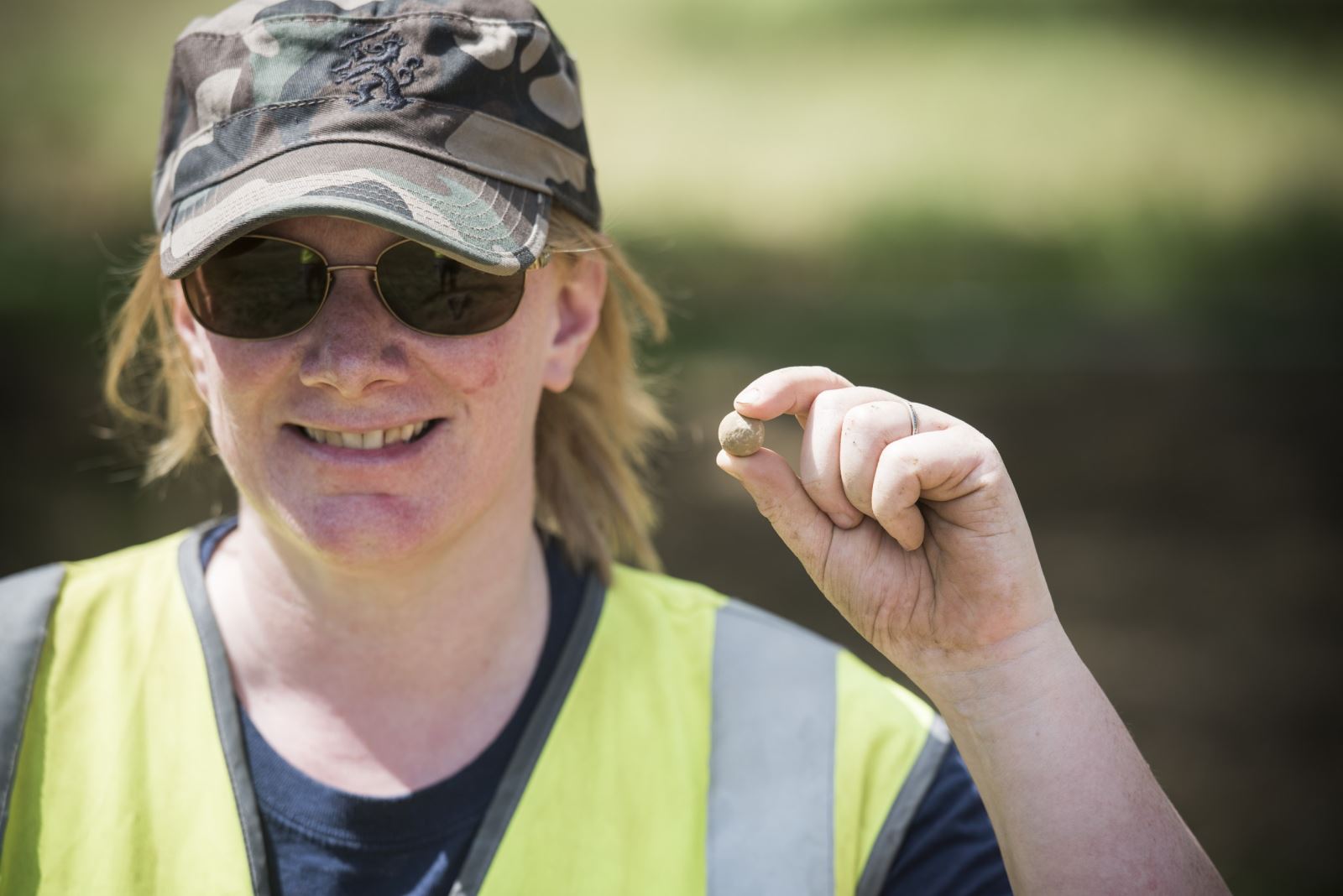 Yesterday they found 58 musket balls in just half a day - we had to slow the operation down so our surveyors could catch up with the finds - it’s important that we plot the location of each and every find in order to get a “map” of how the battle there might have developed. We’ve also found a number of coins of different periods, and buttons, some of which might relate to the battle.

In addition to the musket shot in the orchard of Mont St Jean, we excavated a very exciting find - a 6-pound cast iron French cannon ball. We think this represents the crisis of the battle. Late in the day, around 6 pm, the French captured the farm of La Haye Sainte when its German defenders ran out of ammunition. They were then able to bring up Horse Artillery batteries of the Imperial Guard and bombard the Allied lines with round shot and cannister from very close range, causing huge casualties and threatening to break the line.

The arrival of the Prussians on the extreme left of Wellington’s army helped tip the balance. So the cannon ball relates to the point in the battle at which Napoleon most nearly won a victory. The other really significant find is in the orchard of Mont St Jean. We know that as many as 6000 wounded men may have passed through the farm and its outbuildings during and after the battle. They received primitive medical care for their injuries. Operations were carried out without anaesthetic, including hundreds of amputations, the only remedy for smashed limbs.

In one of the trenches surveyed by metal detectors a signal relating to a large metal object led the team of archaeologists to excavate further. They found human remains, the first time Waterloo Uncovered has encountered such a find. After working with the local authorities to establish that the bones did not relate to a modern burial, work continued and has revealed at least three leg bones.

These appear to be the remains of amputated limbs from some of the operations carried out by surgeons. One limb shows evidence of trauma from a catastrophic wound, another appears to bear the marks of the surgeon’s saw from an amputation above the knee. 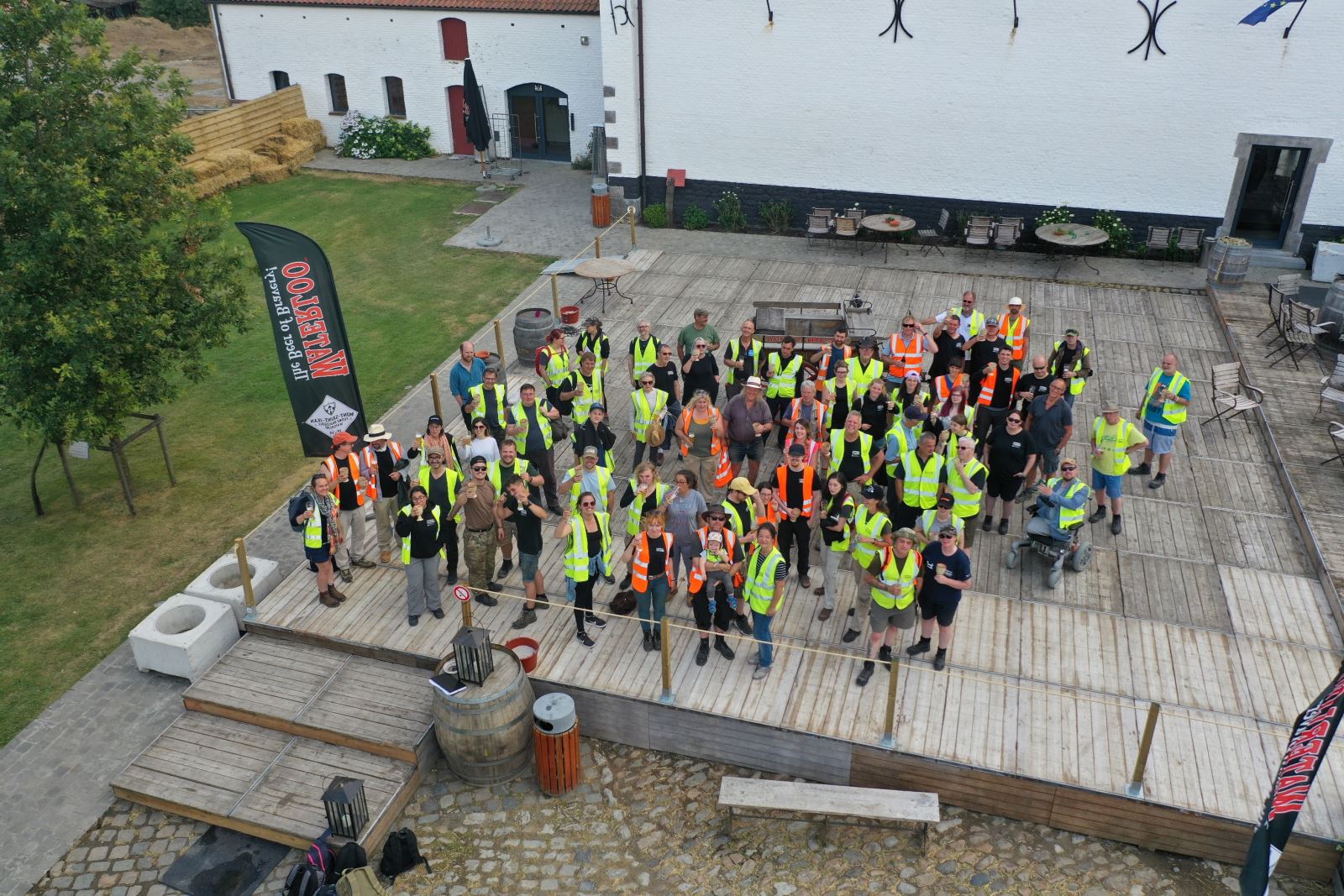 Finding human remains immediately changes the atmosphere on a dig. Suddenly there is a very poignant connection with the people who suffered here in 1815, a connection that has not been lost on the Waterloo Uncovered team of veterans and serving personnel.

The next stage is to carefully excavate and remove the bones for further examination.

For more on Waterloo Uncovered, visit the project website.

QUICK LINK: 19 archaeological digs and projects to get involved in this summer