Newly published research has revealed a changing landscape on the edges of Edinburgh, with tantalising evidence of what life was like in centuries gone by - from medieval farming through to the Industrial Revolution.

Prior to a residential development at Lang Loan on the southern outskirts of Edinburgh, GUARD Archaeology Ltd undertook a metal detecting survey, trial trench evaluation and excavations that revealed 118 archaeological features associated with medieval rig and furrow agriculture, coal extraction and limestone quarrying dating from the 17th to the 19th centuries.

The earliest features uncovered on the site, comprising rig and furrow, relate to medieval farming practices. Residual medieval material was recovered from a ditch running parallel to a limestone quarry scar and assumed to be part of a drainage system related to the later quarry. This material included pottery fragments of a large cooking dish dating to the late 13th or early 14th century. 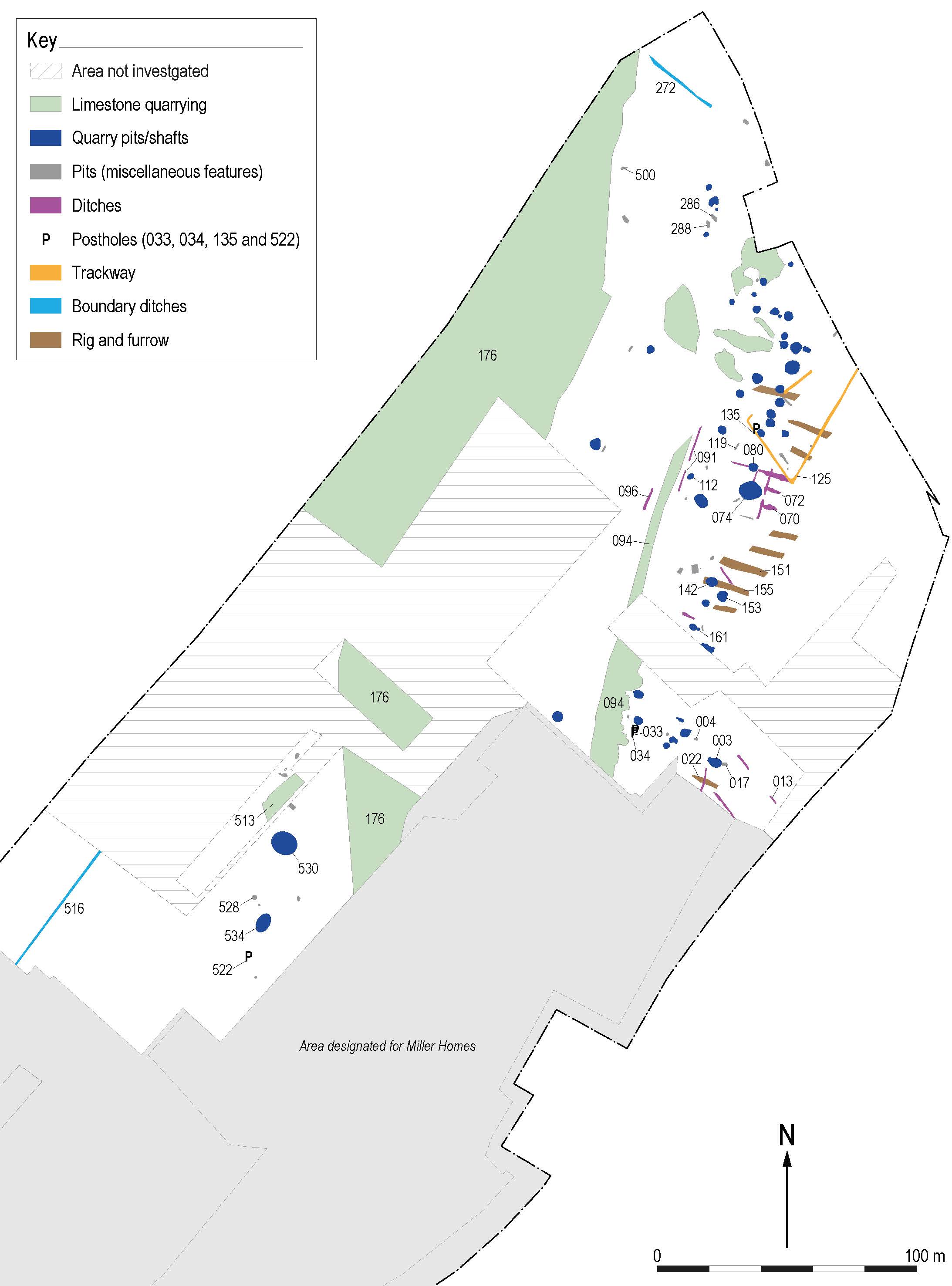 Excerpt from the 1855 Ordnance Survey map showing limestone quarries at Lang Loan. Reproduced by permission of the Trustees of the National Library of Scotland

Environmental analysis recovered evidence of carbonised cereal grains, mainly oats but also a small amount of barley and rye. A fragment of hazel charcoal was also recovered and together with an oat grain was subject to radiocarbon dating which provided a consistent date of mid 12th century to mid 13th century. Their presence is suggestive of grain-drying and possibly malting activity in the vicinity.

The drying of grains using a kiln was necessary for milling wheat and oats, and for the germination of barley for brewing. Within this process any burnt grains are cleaned out of the kiln and swept aside into the surrounding area. While any evidence of a kiln has been lost, the linear drain may have accumulated earlier soil deposits before further quarrying activity and significant industrial contamination of the landscape took place.

From the early seventeenth century onwards, small exploratory coal pits evidently peppered the landscape. Fragments of 18th-century bottle glass dating to the period c.1690-1710 may relate to the earliest coal mining activity that is documented in this area.

By the early 19th century, coal shafts had been sunk and large open-cast limestone quarries cut through the fields. The limestone quarrying scars represent the impact of industrial activity on the landscape and likely follow the line of limestone seams which were also mined at nearby quarries and mines.

While the main quarry scar was shown on the 1855 Ordnance Survey map, neither the smaller quarry scar nor contemporary quarry pits and shafts encountered by GUARD Archaeologists are marked on any of the Ordnance Survey maps. The results of the archaeological investigations thus reveal in more detail the impact of industrial activity here.

Amongst the assemblage of bottle glass and glazed ceramic fragments dating mainly in the 18th and 19th centuries, a half gold sovereign, minted in London in 1863, was also recovered from the site. At 22 carat gold the value of such a coin was significant and was a considerable loss to the owner. The coin was probably lost through the spread of night soil across the fields for fertilisation at some point during the late 19th century. 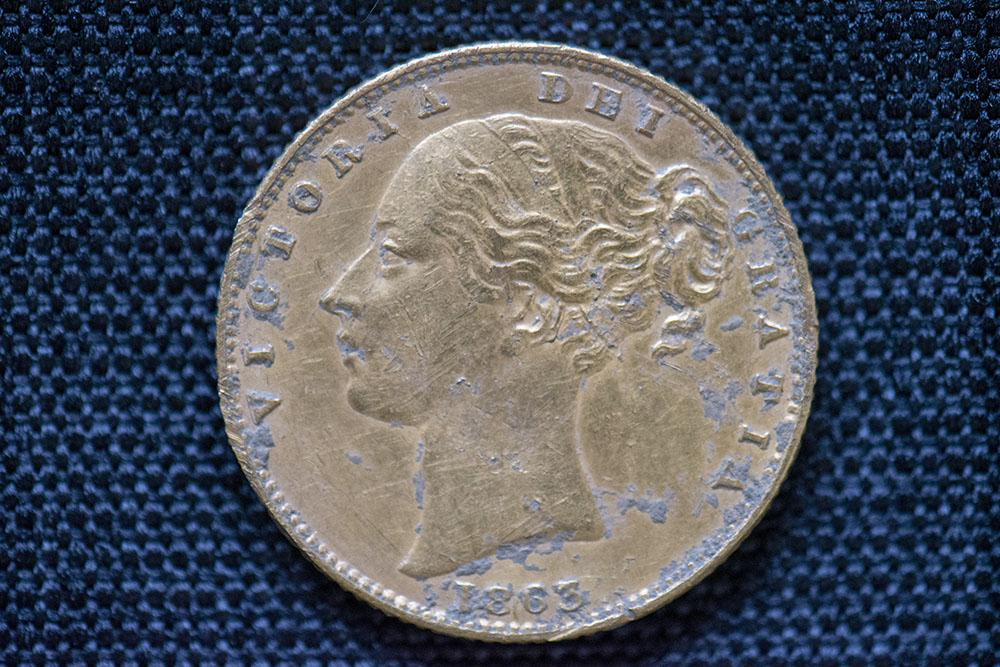 ‘Within this compact area survived traces of a landscape featuring medieval rig and furrow and field boundaries, disturbed by later coal extraction and limestone quarrying,’ said Natasha Ferguson, one of the co-authors. ‘The site offers a fascinating example of economic reformation in the modern era from medieval agriculture to the increasingly high impact industrial processes of the 19th century. Here landscape transformation is visible with the first exploratory coal pits of the seventeenth century to the larger scale limestone extraction through open-cast quarrying. Changes in the landscape throughout the Industrial Reformation were significant in Scotland and this site neatly represents a dense microcosm of that transformation.’