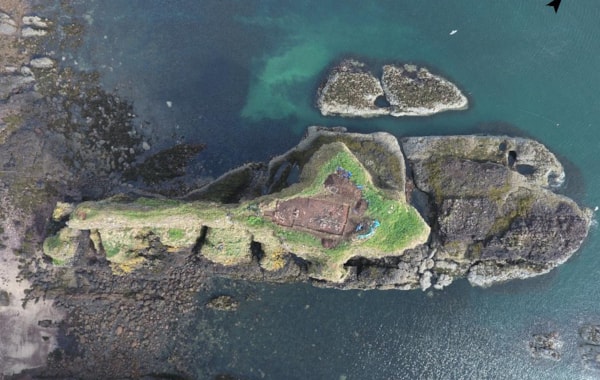 Now research led by the University of Aberdeen is shedding new light on the origin and development of the as yet un-deciphered system of symbols once used by the Picts, which has divided historical opinion for more than a century.

Now research led by the University of Aberdeen is shedding new light on the origin and development of the as yet un-deciphered system of symbols once used by the Picts, which has divided historical opinion for more than a century.

The Picts have long been regarded as a mysterious people, leaving behind little evidence of their presence other than their iconic carved stones.

Archaeologists from the University have teamed up with National Museums Scotland and dating experts from the Scottish Universities Environmental Research Centre (SUERC) to provide a more accurate dating scheme which suggests that the system of carved symbols can be traced to as far back as the third-fourth century AD – much earlier than previously assumed.

Researchers radiocarbon dated objects carved with symbols and specially selected samples from modern excavations to provide an outline chronology for the Pictish symbol system based on scientific rather than art-historical dating techniques.

Their findings, published in the leading archaeology journal Antiquity, support the idea that the symbols represent a script likely to be a naming system communicating the identities of Picts and that this was developed in the same era as other writing systems across Europe like the ogham script of early Ireland and the runic system developed in Scandinavia.

Gordon Noble, Head of Archaeology at the University of Aberdeen led the archaeological excavations. He said: “Establishing an outline chronology through a combination of direct dating, modelling and examining associated dates from archaeological excavation is helping us rewrite the history of these symbolic traditions of Northern Europe and to understand more clearly the context of their development and use.

“In the last few decades there has been a growing consensus that the symbols on these stones are an early form of language and our recent excavations, and the dating of objects found close to the location of the stones, provides for the first time a much more secure chronology. While others had suggested early origins for this system no direct scientific dating was available to support this. Our dating reveals that the symbol system is likely to date from the third-fourth century AD and from an earlier period than many scholars had assumed.”

The team has developed a ‘new and more robust’ chronology which identifies a clear pattern in both the likely date and the style of the carvings.

The dating evidence drew on excavation work at a promontory fort at Dunnicaer seastack, located south of Stonehaven, Aberdeenshire, where unelaborated carvings, generally of a smaller size and less standardised when compared with the later standing stone monuments, had been recovered in the 19th century.

The new excavations revealed that the stones probably came from the rampart of the fort and the dating of the site conclusively showed that the settlement was at its height in the third to fourth centuries AD.

Direct dating was also carried out on bone objects and settlement layers from sites in the Northern Isles. This showed the use of the symbol system in the fifth century AD in the far north, in areas that were at the periphery of Pictland.

Use of Bayesian modelling

Bayesian modelling, a technique for refining and narrowing down the probabilities of radiocarbon dating, was also used to provide greater clarity on the dates of Pictish settlement at Rhynie in Aberdeenshire, famous for the Rhynie Man stone. This showed that a fort with Pictish symbol stones standing within a series of ramparts and palisades dated from the late fourth to early sixth century AD.

Dr Martin Golderg of National Museums Scotland added: “Our new dating work suggests that the development of these Pictish symbols was much more closely aligned to the broader northern phenomenon of developing vernacular scripts, such as the runic system of Scandinavia and north Germany, than had been previously thought.

“The general assumption has been that the Picts were late to the game in terms of monumental communication, but this new chronology shows that they were actually innovators in the same way as their contemporaries, perhaps more so in that they did not adapt an alphabetic script, but developed their own symbol-script.

“The Pictish symbol stones are the most common and monumental form of communication that survives from northern Britain but their origin has been little understood compared to other forms of alphabetic script. Our research is helping to correct that and to shed new light on an often overlooked, but important part of our heritage. The typology developed from these scientific dates will also help us to assign relative dates to the whole corpus of the Pictish symbol tradition, allowing us to further assess how this script changed through time”

Dr Derek Hamilton of SUERC undertook the Bayesian modelling. Dr Hamilton said: “Bayesian modelling has revolutionised the world of radiocarbon dating, helping us to develop more refined chronological frameworks than was previously possible. The statistical modelling of the dates from Pictland is beginning to set our understanding of this tradition on a more solid footing than ever before.”