National Trust for Scotland archaeologists have revealed more details from their recent dig at the old site of The Glenlivet Distillery.

Excavations took place in October on the original site where whisky pioneer George Smith established the first licensed whisky distillery in Speyside in 1824.

The week-long dig not only uncovered part of the footprint of the building, but a whole range of artefacts and features connected to whisky-making.

National Trust for Scotland Head of Archaeology, Derek Alexander, said that the team was ‘quite surprised by the level of preservation’, which gave them an incredible amount of detail relating to the layout and facilities in the distillery. The distillery appears to have been a three-sided courtyard, open to the north. In the southern range, the archaeologists found the foundations of two fireboxes that probably heated the underside of the wash still and the spirit still.

The prized find was the brass keyhole cover from a Gottlieb patent type Excise Lock, which is particularly exciting as it was probably used to lock the spirit safe. These padlocks were patented in 1829 and used as the standard padlock by the Customs and Excise. They contained an insert of paper which, if broken, would indicate that the lock had been tampered with. 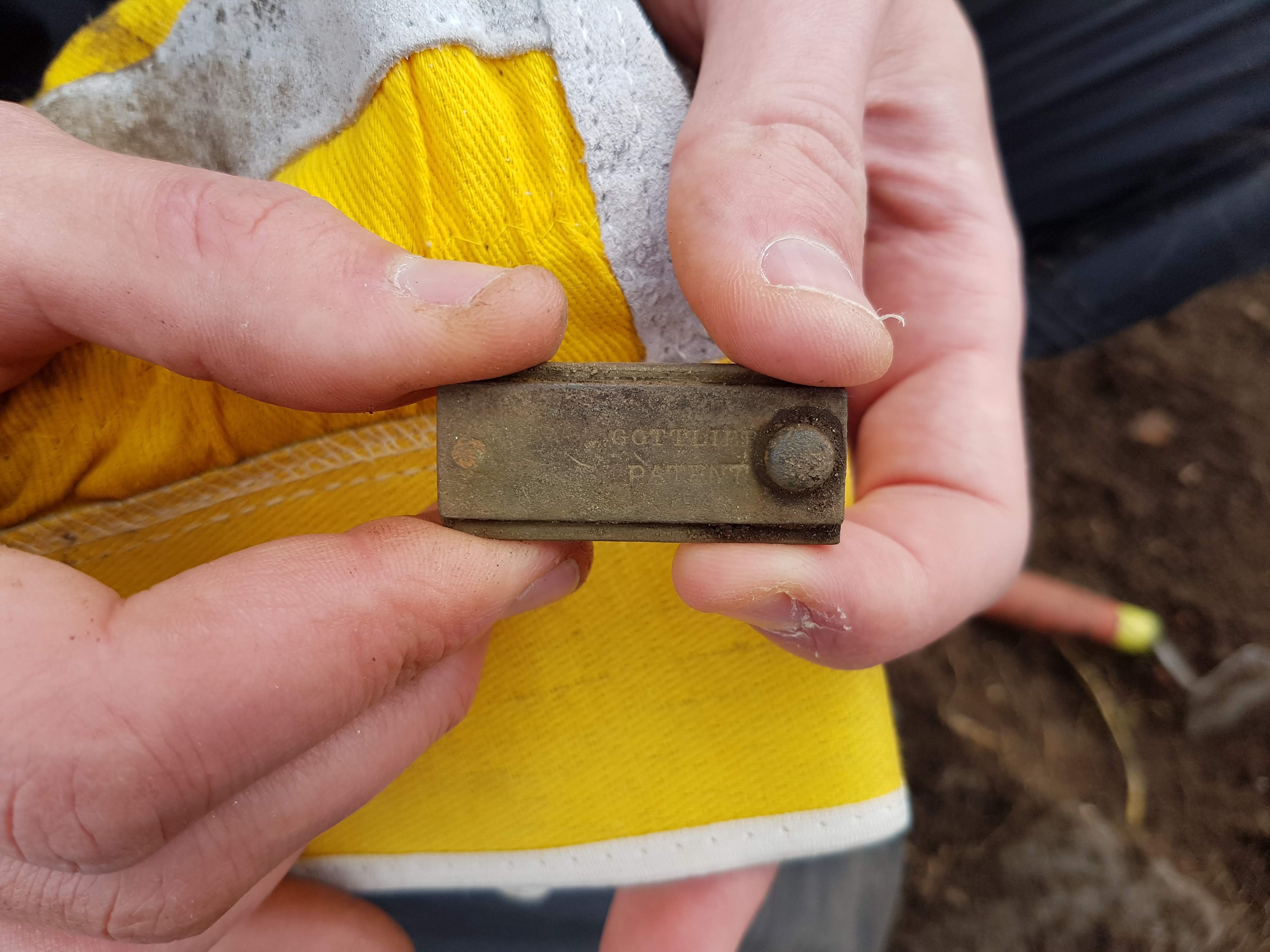 In addition, they found parts of the wall remaining to at least 60 cm high, the exterior south-east corner of the courtyard complex, two fire boxes, containing lots of ash, cinders and coal. Large pieces of iron were recovered from both the fire grating and the doors which were used to control the fire. Sections of copper pipes, the base of a wood barrel/tub with an iron hoop, a copper cup were also uncovered.

Derek said: “This dig has given us an even greater insight into the foundation of licensed whisky making than we’d ever hoped. As one of the first licensed distilleries in Scotland the old site of The Glenlivet distillery was right at the forefront of an exciting new industry – it was kind of the tech start-up of its day. Seeing how it all started is fascinating and is a great continuation of the stories we have uncovered at National Trust for Scotland places, where we find evidence of earlier, illicit whisky activity. We can’t wait to go back and see what more we can find, and this time, we hope to be able to invite more members of the public to get their hands dirty on the dig.”

Alan Winchester, The Glenlivet’s Master Distiller said: ”It was brilliant to get stuck in on the dig last month and it amazed me just how much of the original building and its features were not only uncovered but preserved too. To discover parts like the copper pipes, the base of a barrel and even the brass keyhole cover from an Excise Lock that would have been seen by George Smith himself when creating one of Scotland’s first licensed whiskies is fascinating, and I can’t wait to return and see what else we can find.”