This week Can You Dig It will be surveying some of the upstanding ruins at Scotland’s only example of an industrial ghost town.

Hidden in the Galloway hills near to Carsphairn are the remains of an entire mining village built at Woodhead in the 1830s. As well as a school, library and housing, it’s still possible to make out the structures and areas central to the mine’s workings, which went from mining the lead right through to smelting it in furnaces.

The site of Woodhead lead mine was operational from 1838 to 1873 under the control of a reputably philanthropic landowner, Colonel MacAdam Cathcart. It is a rare example of a ‘total production’ unit in Scotland, using the cutting-edge equipment of the time to carry out all the processes of lead production from mining the ore through to exporting high quality lead pigs and even some silver. The machinery was powered by water and water alone, with a myriad of lades still traceable across the site.

At its height, Woodhead was producing up to 900 tons of lead a year. And for every ton of lead, they were also getting around 18 ounces of silver: enough for the Colonel’s wife to make communion cups from it for donation to the local church. The smelted lead was carried by horse-drawn carts up for storage in Dalmellington, before being taken to Ayr for sale and shipment.

Alongside this fully integrated mining complex, Cathcart also constructed a ‘model village’ to house the miners and their families, with a school and library to educate their children. By 1851 there was a population of 301 staying in the village, pulling in mainly skilled miners from Wanlockhead and Leadhills.

As the mine’s output started to fall dramatically throughout the 1850s, however, the miners started to leave. Some went to Dalmellington, while others headed further afield to mines in America and Australia. The mine closed in 1873, but some of the housing remained in use for self-employed forestry workers until as late as the mid-1950s.

Today, the site survives as a complex of ruinous structures spread out across a hillside to the northwest of Carsphairn. And its significance is recognisable in its designation as a legally-protected scheduled monument. 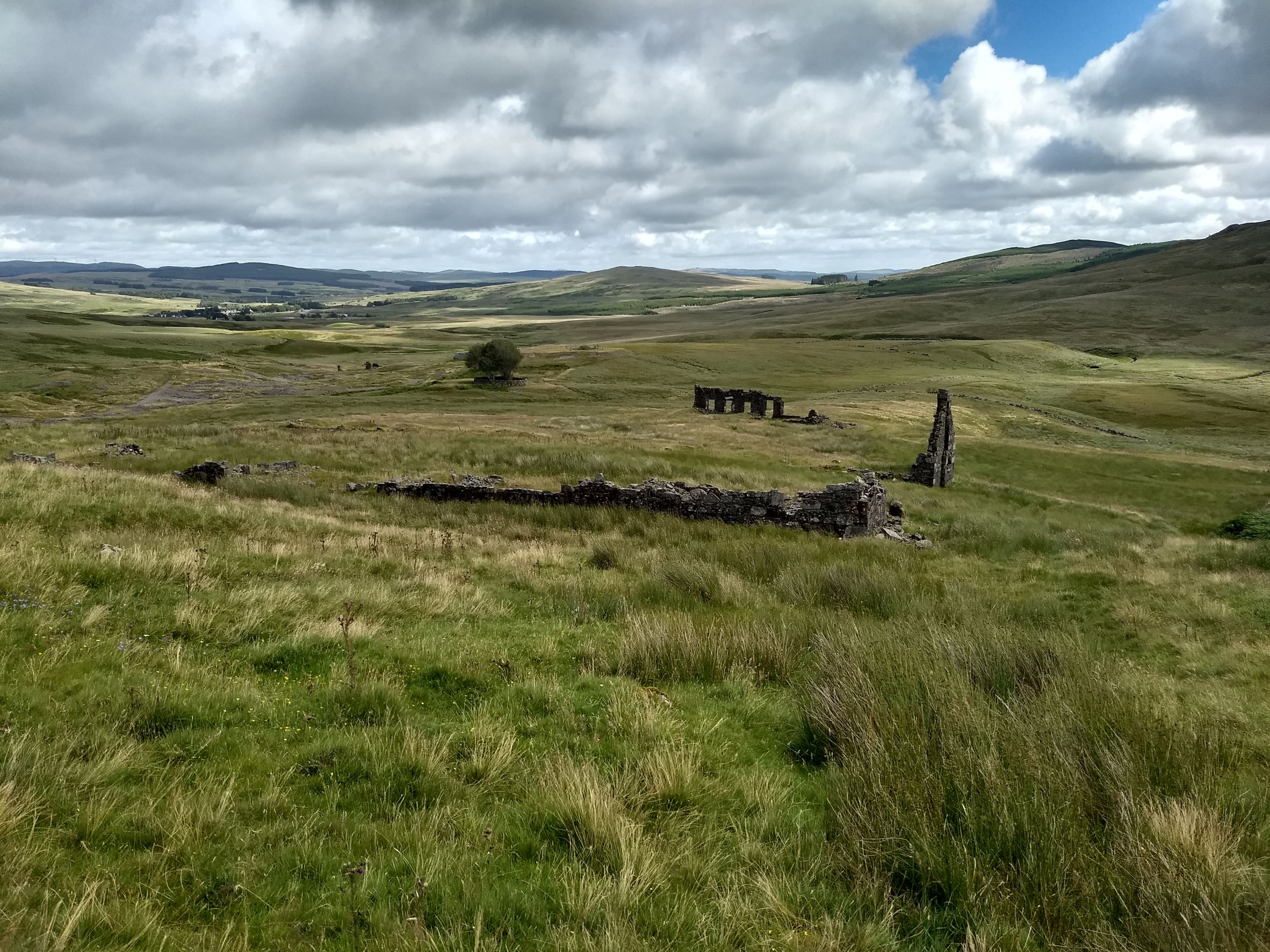 Following in the footsteps of earlier surveys carried out in 2002 and 2008, Can You Dig It, the community archaeology project of the Galloway Glens Landscape Partnership, is leading a group of volunteers to undertake a historic building survey of some of the upstanding structures. Joined by local historian Anna Campbell, Can You Dig It will train volunteers on how to create detailed photographic and written records which will further add to our knowledge of this site before any more is lost.

Woodhead is unique in Scotland with the remains of a planned village, metal mine and smelt mill, and this site with its combination of social and industrial archaeology may be the country’s only example of an industrial ghost town. For many years there has been a call for more detailed archaeological research of the site and the Galloway Glens’ Can You Dig It project is taking up the challenge.

Claire Williamson from the Can You Dig It explains: “Walking through the site at Woodhead, you instantly start to realise how special it is. It covers a much larger area than you would first expect, and there is such a variety of structures to look at, each with their own stories to tell. This is a fantastic opportunity to introduce many of the volunteers to a site that they probably didn’t even know was there, and a chance to bring some much-needed attention back to these structures: the lasting remnants of a very different, but very significant time in the area’s history.”

Jan Hogarth Galloway Glens Education and Community Engagement Officer says: “This survey which Can You Dig It are carrying out this week builds on research carried out in 2002 and 2008 on this Industrial community located in these apparently remote hills. We begin to understand why the landscape looks as it does and realise the extent of the community who lived there, over 300 people. This important work will give us another layer of understanding about life in this community.”

Report and images courtesy of Can You Dig It, Galloway Glens.